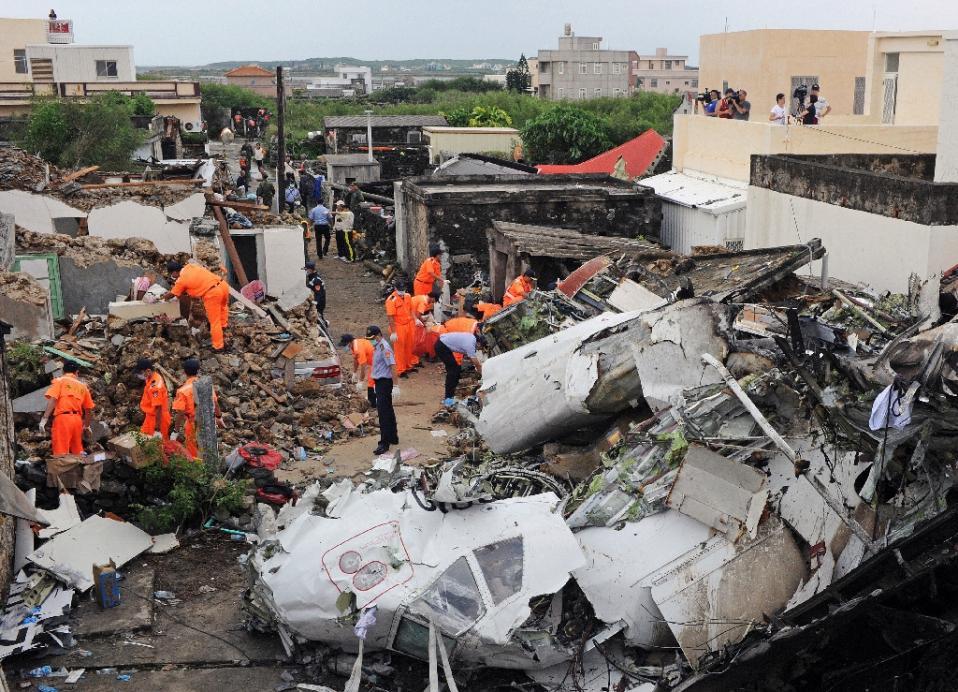 According to recent reports, Taiwan’s aviation authorities have concluded pilot error was the cause of the crash of Flight GE222, which occurred in 2014.

After several months of investigation, new reports say that pilot error was the cause of the crash of TransAsia Airways Flight GE222, which occurred in July of 2014. Aviation authorities in Taiwan recently said a procedural mistake that was a widespread occurrence among TransAsia pilots at the time endangered the safety of passengers and crew.

“Two TransAsia Airways pilots caused a 2014 plane crash that left 48 people dead by flying too low as they attempted to land on an island during a typhoon, Taiwan's aviation authorities said Friday…Taiwan's aviation body said the pilots flew below the minimum altitude required in poor visibility caused by Typhoon Matmo on July 23, 2014, in its final report into the airline's second fatal accident in a year.”

The Aviation Safety Council stated in their investigative report, “An airworthy aircraft under the control of the flight crew was flown unintentionally into terrain with limited awareness by the crew of the aircraft's proximity to terrain.” Council director Thomas Wang elaborated further when speaking to reporters saying, “We found the pilots did not follow the standard operating procedure.”

The crash has been deemed the worst air disaster to occur near the island in a decade. Another fatal accident involving a TransAsia Airways flight occurred just seven months after the crash of Flight GE222. Flight 235 crashed into the Keelung River shortly after takeoff Taipei Songshan Airport on February 4, 2015. The crash was also linked to pilot error.

“Crash of TransAsia Flight 235 - One of the aircraft’s engines experienced a flameout soon after takeoff from Taipei Songshan Airport, on February 4, 2015. The pilot then mistakenly shut off the engine that was functioning correctly, leaving the plane powerless. His subsequent attempt to restart both engines was unsuccessful, resulting in the plane clipping a bridge and crashing into the Keelung River. A reported 43 of the 58 people on board were killed.

According to New York based aviation attorney Jonathan C. Reiter of the Jonathan C. Reiter Law Firm, PLLC, pilot error is found to be a contributing factor to 90 percent of all general aviation accidents. The New York lawyer has previously said of related incidents “Many of the most serious pilot errors in recent years have involved a failure to maintain “situational awareness. This term can refer to many things, including failing to properly monitor instruments, gauges and controls on the aircraft, as well as external factors such as weather conditions and other aviation traffic.”

The attorney has also stated, “Failure to observe the sterile cockpit rule e.g. pilots engaging in personal, non-aviation related conversation during takeoff and landing, has also been a significant factor in several aviation crashes, since this behavior undermines pilot concentration and can detract from situational awareness during the most dangerous parts of the flight.”