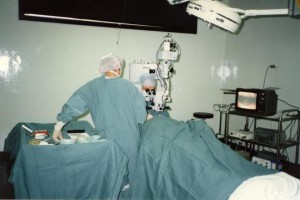 Surgical errors happen every day in the United States and have significant and profound consequences for patients. Surgical errors happen with common procedures, including prostate removal, hip replacement, and knee replacement, even though these procedures are performed hundreds of times per year. Some doctors are significantly more likely than others to make mistakes.

Patients who are harmed by a surgical mistake in New York should come forward to report their complications to the state medical board and should file a lawsuit for malpractice against the physician responsible. A patient can not only recover compensation, but could potentially help save lives in the future. Physicians who make one serious mistake are much more likely to make another, as compared with doctors who are more careful and have lower overall complication rates.

ProPublica recently created the first-ever nationwide evaluation of individual surgeon performance. Consumer Reports indicates some of the methods used by ProPublica were controversial and some experts in the medical field objected to the report cards, claiming the ratings were unfair to certain physicians or the data was inaccurate. Despite complaints, Consumer Reports stands behind the information ProPublica provided, indicating its value to consumers and to the public in identifying problem physicians who are harming patients.

The report cards of surgeons nationwide were complied by using data from Centers for Medicaid and Medicare Services (CMS). Researchers looked at records for eight common procedures performed, and looked at the rates of complications occurring among the different surgeons performing the procedures. Complication rates were adjusted based on patient age and patient health. Researchers looked both at the incidences of complications from particular surgeons and the number of procedures the surgeons performed.

The research showed 11 percent of surgeons were causing 25 percent of post-procedure complications. Many of the surgeons with high rates of problems actually performed surgical procedures at some of the best and most respected medical facilities and academic teaching hospitals in the country. One physician at Johns Hopkins, which is nationally recognized for its research on patient safety, had 10 times more complications when performing prostate removals compared with all colleagues combined. This was true even while colleagues performed nine times as many prostate removal surgeries.

Some of the lowest post-surgical complication rates occurred at small town clinics, where physicians personally handled all aspects of post-surgical follow-up care for patients.

While the report card data may be imperfect, patients should still consider conducting a search of their surgeon if they are considering undergoing surgery or if they are experiencing post-surgical complications. If you find your surgeon has a high rate of complications and problems, this could be an indicator complications are happening as a result of his medical negligence or repeated errors.

You should get your medical records reviewed by an independent professional who can help you determine if your surgeon’s mistakes caused you harm. If so, you can make a malpractice claim to recover damages for yourself and perhaps to prevent your physician from being one of the top causers of harm for other patients.