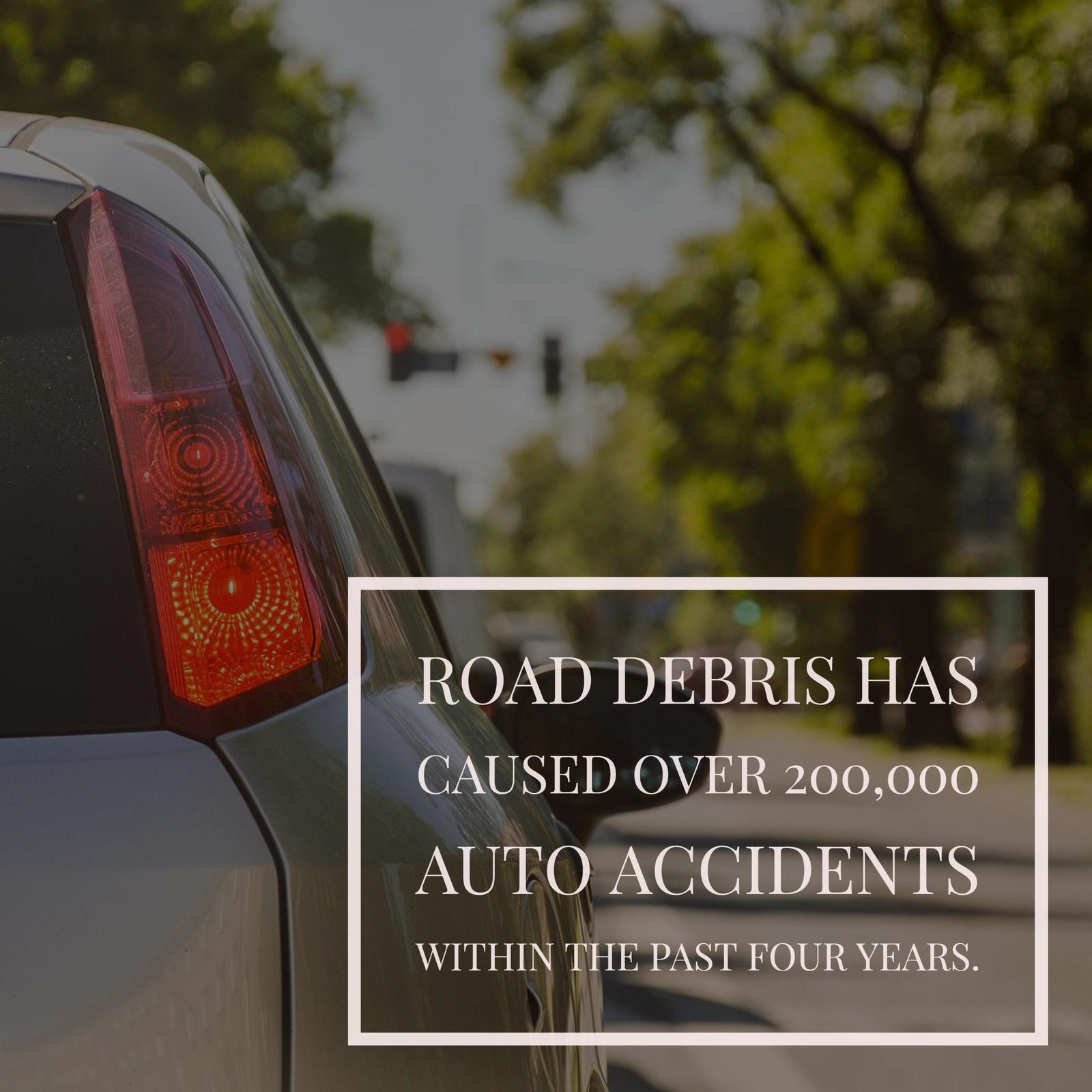 Drive down any highway, and you’re likely to see some form of road debris, whether it’s a piece of tire tread or the remains of a fast food meal. On some occasions, you may even encounter a large and potentially deadly hazard, such as a piece of furniture or a load of equipment or building materials that has fallen from the back of a semi trailer.

Although most local police and state highway patrol officers try to remove road trash and debris as quickly as possible, a new report says road trash causes more accidents than most people realize.

If you or a loved one has been involved in an auto crash caused by road debris, you have important legal rights. Protect them by speaking to a New York auto accident lawyer. You may be entitled to compensation, including money for your medical bills, lost wages, and pain and suffering.

Road Debris Can Cause Deadly Crashes

According to a report released in 2016 by the AAA Foundation for Traffic Safety, road debris has caused over 200,000 auto accidents within the past four years. The study, which examined crashes between 2011 and 2014, found that road debris caused 39,000 injuries and 500 deaths in that time period.

The study also analyzed how these accidents occur.

Every state in the country has a law prohibiting unsecured loads in and on vehicles. On the highway, where cars travel at comparatively high speeds, even a small piece of equipment or furniture falling from a vehicle can cause serious and fatal accidents. Individuals injured in road debris crashes may have a cause of action against the driver and, in cases where the driver was working for a freight company, the carrier who owns the truck or manages the truck operator.

Road debris isn’t just a problem of esthetics. Trash and debris in the road can cost lives. Motorists who transport cargo, equipment, or furniture have a responsibility to make sure their items are properly secured. They should use netting, straps, tie-downs, or tarps to ensure their cargo won’t shake loose or spill from the vehicle during transport. Motorists must also take care not to overload their vehicles.

If you have been hurt in an auto collision caused by debris or trash in the road, you may be eligible to receive compensation for your injuries. Don’t hesitate to contact an experienced auto accident and personal injury lawyer about your case. Call Jonathan C. Reiter Law Firm, PLLC to discuss your case with an experienced New York auto accident lawyer today. Call 866-324-9211.