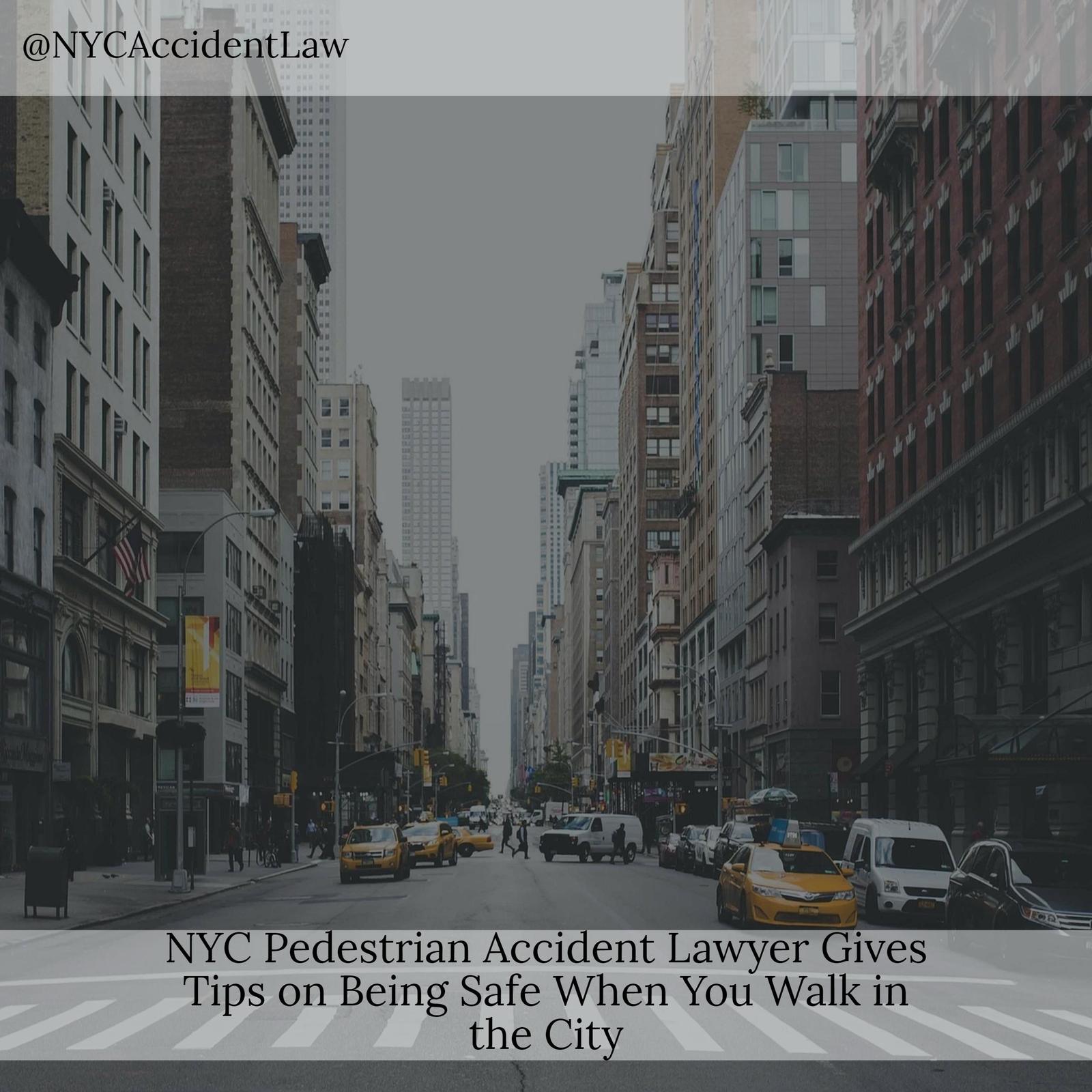 Did you know that “distracted walking” has also become a serious issue?

Perhaps more than any other city in the country, New York City is a city known for walking. In one of the busiest cities in the world, walking is often faster than driving, which is why there are so many pedestrians on the streets of NYC.

What many people don’t realize, however, is that the number of pedestrian deaths has increased dramatically in recent years.

If you’re going to walk in the city, it has never been more important to be mindful of your safety. With this in mind, here are four tips to help you stay safe as a pedestrian.

We’re all aware that distracted driving is a major problem, but did you know that “distracted walking” has also become a serious issue? Don’t assume that a motorist will see you and stop. In many cases, a driver might be looking down at a text or reading an email. As a pedestrian, you are incredibly vulnerable in an accident involving a motor vehicle. It doesn’t take much force or speed for the human body to be seriously injured in a crash, and even a low-speed accident can lead to devastating injuries or death.

2. Stick to Areas Marked for Pedestrians

One of the great things about New York City is that its infrastructure is pedestrian-friendly. There are plenty of pedestrian crosswalks and wide sidewalks that allow pedestrians to navigate the city safely. If you must venture into the street, be especially vigilant.

3. Try to Walk During the Daytime

Obviously, it’s not always possible to walk only during daylight hours, but it’s better to avoid walking at night if you can help it. If you’re forced to walk at night, keep in mind that dusk tends to be the most dangerous time of day to walk (and drive) due to the sun’s glare on the horizon.

It goes without saying that you should always follow the rules of the road, whether you’re on two feet or four wheels. Unfortunately, many pedestrians forget that it’s just as important to obey the rules when they’re not behind the wheel. Traffic rules apply to all traffic, including bicycles and foot traffic.

New York City pedestrian accident lawyer Jonathan C. Reiter states, “The stats behind the nation’s pedestrian fatalities are startling. Safety experts believe that the rise in distracted driving and distracted walking plays a large role in these troubling figures. Now more than ever, pedestrians must be extra cautious when they step out.”