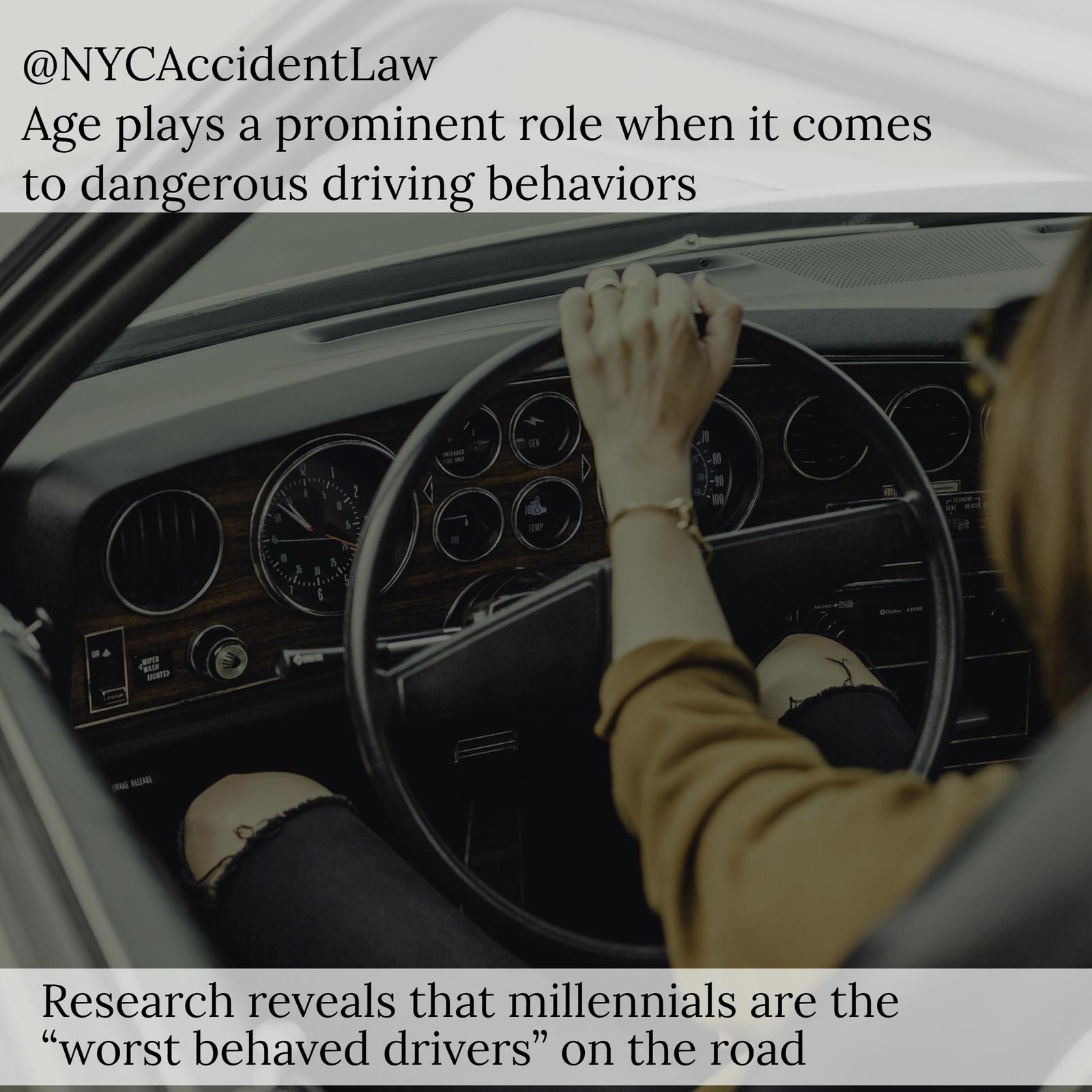 These days, stories about millennials are just about everywhere you look. Although the parameters vary, the millennial generation is estimated to include those born between roughly 1982 and 2004. As the largest living generation — now numbering close to 80 million — millennials are powerful consumers who make up the bulk of today’s workforce.

According to a recent AAA study, this is problematic, as research reveals that millennials are also the “worst behaved drivers” on the road.

Released in 2017, the AAA Foundation for Traffic Safety Report states that 88 percent of “young millennials engaged in at least one risky behavior behind the wheel in the past 30 days.”

The report coincides with data showing that traffic deaths have increased. In 2015, traffic fatalities in the U.S. had jumped seven percent — the largest single-year increase in 50 years.

The researchers behind the study said they were alarmed to discover that some of the drivers between the ages of 19 and 24 “believe that their dangerous driving behavior is acceptable.”

Percentage of drivers who admitted to engaging in a risky driving behavior within the past 30 days:

New York City auto accident lawyer Jonathan C. Reiter states, “Of course, not every driver who falls within the millennial generation is dangerous behind the wheel. The report merely shows that overall statistics reveal a higher level of risky behavior among certain age groups. No matter how old you are, it’s important to put your phone down while you drive, and to obey the traffic laws designed to keep everyone safe on the road.”

The AAA report also reveals that drivers between the ages of 19 and 24 were 1.6 times more likely than drivers in other age groups to have read a text message or email while driving. If you have been injured by a distracted driver or a motorist who was engaged in another type of risky driving behavior at the time of the accident, talk to a New York City auto accident lawyer as soon as possible to discuss your case.