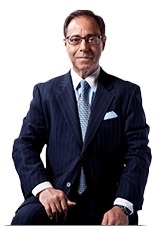 In many instances, hospitals failed to adequately disinfect such devices due to the design of newer instruments, which makes them harder to sterilize completely, according to several sources cited in the report by New York Medical Malpractice Lawyer Jonathan C. Reiter.

Jonathan C. Reiter states, a patient who contracts an infection that can be causally linked to an endoscopic procedure may have a valid medical malpractice case against the doctor or hospital. These facts may also give rise to a products liability claim against the manufacturer of the device if there is evidence that the manufacturer(s) knew that the device could harbor and spread serious infections despite being cleaned according to the manufacturer’s instructions.

New York Medical Malpractice Lawyer Jonathan C. Reiter  is a member of the Nation’s Top One Percent, having been selected in 2015 by the National Association of Distinguished Counsel. He stands with an elite group of attorneys who promote the highest standards of excellence in the legal profession. Members consist of only the top one percent of attorneys across the nation. Mr. Reiter has also been selected as a Superlawyer in the medical malpractice field.

Diagnosis Errors: A Common Cause for Medical Malpractice Claims

The Grave Impact of Communication Failures in Hospitals