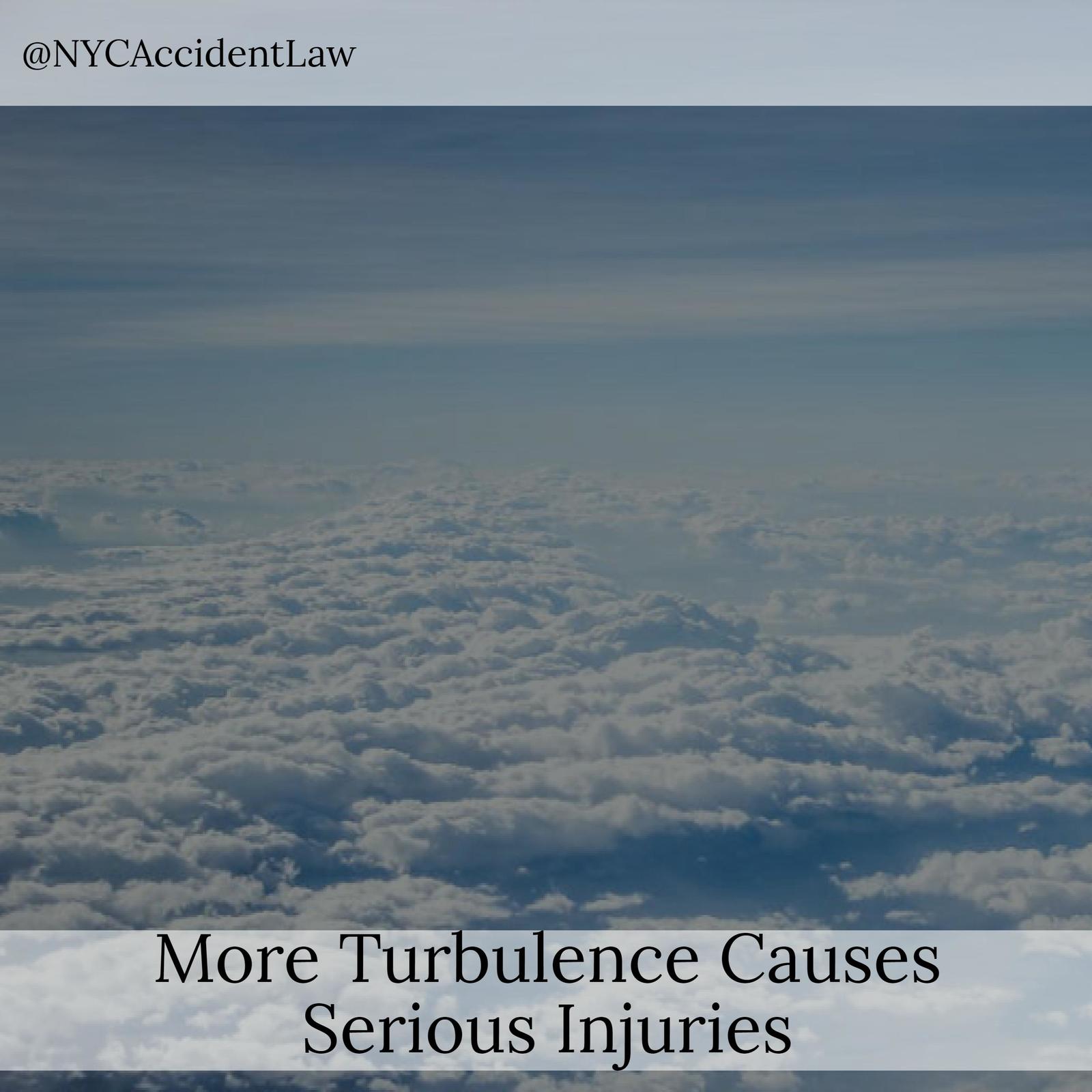 Turbulence is certainly nothing new, but the number of serious injuries caused by severe turbulence seems to be happening more and more

Frequent flyers know that turbulence is considered normal and ultimately not dangerous for a commercial airplane. However, severe turbulence is much more than a nuisance that disrupts passengers’ sleep or causes them to spill their in-flight orange juice. In recent years, serious injuries caused by turbulence have appeared in news headlines in the U.S. and around the world — and aviation experts say these types of injuries are on the rise.

An August 2017 United Airlines international flight en route from Panama to Houston experienced such serious turbulence it sent nine passengers and one crew member to the hospital. According to a Business Insider report, “Distressed passengers were evacuated from the plane using stretchers and wheelchairs.”

On yet another August 2017 flight — this time an American Airlines flight traveling from Athens, Greece to Philadelphia — three passengers and seven flight attendants were badly hurt, with one flight attendant reportedly dislocating his shoulder. Passengers said the plane lurched unexpectedly and dropped, throwing people into the ceiling. One passenger photo posted to social media shows liquid from passengers’ drinks splashed on the plane’s ceiling after the incident.

Is Air Turbulence on the Rise?

If serious turbulence injuries are doubling, what is happening to cause this sharp increase? Scientists say there is an obvious answer — climate change.

According to Dr. Paul Williams, a research fellow at Reading University, “It is predicted there will be more and more incidents of severe clear-air turbulence, which typically comes out of the blue with no warning, occurring in the near future as climate change takes its effect in the stratosphere.”

In 2016, for example, a United Airlines flight traveling from Houston to Heathrow Airport in London was forced to make an emergency landing due to severe turbulence.

Researchers say this type of serious turbulence already causes over $500 million in damage in the United States aviation industry every year. A Guardian report states that severe turbulence has even caused a number of fatalities on small private planes.

Even the most experienced airline travelers can feel anxious and unsettled when a plane suddenly drops in the air or shakes uncontrollably. Unfortunately, severe turbulence is becoming increasingly common on commercial flights. Although aviation experts say it’s almost impossible for turbulence to cause a jetliner to crash, there have been multiple reports of passengers sustaining serious injuries, including lacerations and concussions, caused by severe turbulence. If you’ve been injured on a flight, it’s important to speak to an experienced New York City aviation accident lawyer as soon as possible.