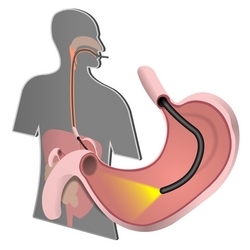 Unnecessary ERCP is a type of medical malpractice than can be fatal to the patient.

A common test, known as the ERCP, which stands for “endoscopic retrograde cholangiopancreatography” is a procedure performed on the upper gastrointestinal tract to diagnose and potentially treat diseases of the duodenum, gall bladder, liver and pancreas, as well as the bile and pancreatic ducts. The endoscope is a tube with a camera at one end that can visualize the anatomical structures targeted for testing, as well as guide instruments to clear the ducts of stones or to perform other tests, such as tissue biopsies. When properly used, ERCP provides a modality of not only diagnosis, but of simultaneous treatment of the diagnosed disease, such as removal of gallstones from the biliary tract. The ERCP is performed under sedation. The gastroenterologist, who should be specially trained in ERCP, passes a flexible tube, known as an endoscope, through the mouth, into the esophagus, which leads to the stomach. From the stomach, the endoscope is passed into the duodenum, the bile ducts and the pancreatic ducts. A dye is injected into the ducts an x-rays are taken so as to visualize the biliary tree. While this is an accepted and potentially useful procedure, ERCP carries a significant risk of morbidity and death, particularly in the hands of a physician who may not possess the necessary skill and training to perform the test safely.

There are at least two areas of medical practice, which can form the basis of a claim against the medical provider in the area of ERCP. First a patient must be carefully screened for the ERCP. There are many cases in which the test was unnecessary to begin with, since the patient’s signs and symptoms did not warrant the use of ERCP. Even when properly performed, an ERCP can cause pancreatitis, which can be a fatal illness. The standards of medical care require careful screening for the test. A physician who performs an unnecessary or contra-indicated ERCP is liable for malpractice. The second area of medical malpractice in the area of ERCP concerns the manner in which it is performed. If the patient’s symptoms warrant performing the ERCP, the endoscope and other instruments attached to it must be manipulated with great skill, which often requires many years of training and experience. If the physician lacks the skill and experience to perform the test safely, serious injury or death can occur. If the physician fails to properly control the endoscope or its attachments, the bile ducts, pancreas, gall bladder or other adjacent structures can be seriously injured.

One of the most severe conditions that can be caused by the ERCP is pancreatitis. Pancreatitis is an inflammation of the pancreas that can be mild, moderate or severe. Severe cases can cause extreme and prolonged pain, hospitalization, surgery, permanent disability or death. Injury to the pancreas can lead to the development of diabetes. Other injuries include perforation of structures of the stomach, intestines, liver, gall bladder, bile and pancreatic ducts. If the medical provider fails to timely diagnose and treat a perforation or other injury, the patient may suffer life long disability, extreme pain and suffering and death. ERCP is a procedure that has gained wide acceptance in the medical community, but it needs to be utilized in a selective and careful manner to avoid unintended injuries and complications that can lead to medical malpractice lawsuits.