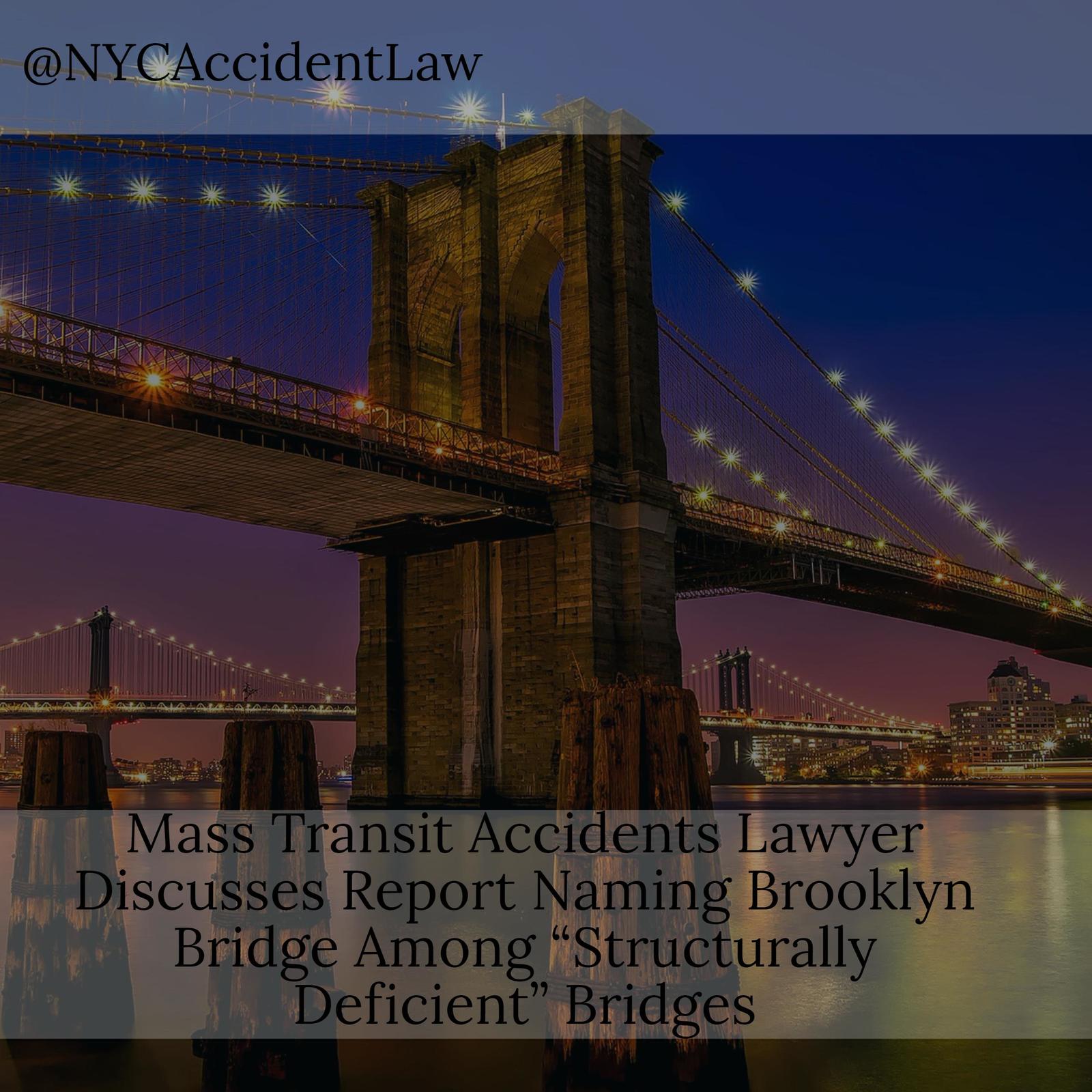 According to the American Road & Transportation Builders Association (ARTBA) more than 55,000 bridges in the U.S. are in poor or worse condition.

A new report includes the Brooklyn Bridge among thousands of “structurally deficient” bridges in the United States.

According to the American Road & Transportation Builders Association (ARTBA), more than 55,000 bridges in the U.S. are in “poor or worse condition.” The ARTBA says that the overall number of deficient bridges has declined in recent years, however, there are still tens of thousands more in need of replacement or repair.

The ARTBA also states that just because a bridge is deemed structurally deficient does not mean it’s in danger of collapse. Engineers evaluate bridges on several key elements, including the deck, the super structure, and the substructure on a scale of zero to nine, with nine being excellent. If at least one element is rated below a four, the bridge is considered structurally deficient.

Completed in 1883, the Brooklyn Bridge is a hybrid cable-stayed/suspension bridge and is one of the oldest of either type in the country. It has been a National Historic Landmark since 1964 and is crossed over 134,000 times a day. The Brooklyn Bridge is one of about 1,900 bridges in New York State on the ARTBA list of structurally deficient bridges.

Key Points from the ARTBA Report

Several of the stats included in the ARTBA report highlight just how serious the country’s aging bridge problem has become.

New York City mass transit accident lawyer Jonathan C. Reiter states, “The 2007 collapse of the Interstate 35 Mississippi River bridge in Minneapolis shocked the nation. The bridge failure killed 13 people and injured 145 others. A bridge collapse of that magnitude was shocking for many reasons, including the fact that it happened in the most industrialized country in the world. It was also a wakeup call for the need to repair and replace the thousands of aging bridges in the United States.”

If you have been injured in a mass transit accident involving a bridge collapse or other infrastructure deficiency, it’s important to speak to a lawyer right away. These are complicated cases that typically involve multiple government agencies and numerous defendants. Speak to an experienced New York City mass transit accident lawyer about your case today.