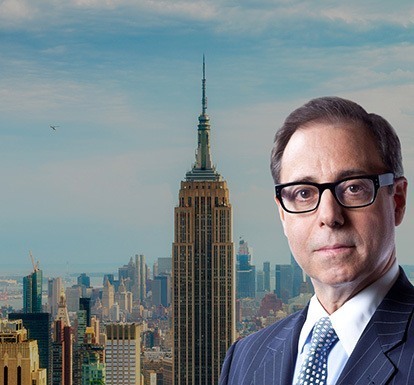 New York birth injury and medical malpractice lawyer Jonathan C. Reiter says no parent or child should have to bear the burden of another’s negligence.

If your child suffered nerve damage in their shoulder, arm, hand, or finger, it could be an Erb’s Palsy injury.

The birth of a baby should be a joyous and exciting time for new parents. When an infant sustains a birth injury, however, parents are left feeling confused, scared, and worried about their child’s future. Erb’s Palsy is one of the most common types of birth injuries, occurring in about 2.6 per 1,000 births. About 10 percent of infants with Erb’s Palsy will not fully recover their mobility.

With a lifelong injury like this, it’s important for parents to work with a medical malpractice lawyer to ensure they receive full and fair compensation to cover the cost of their child’s medical treatments, rehabilitation, therapy, and other damages.

What Is Erb’s Palsy?

Erb’s Palsy, which is named for the doctor who first described the injury, is a type of birth injury that damages the network of nerves in the neck that connect to the arm. This cluster of nerves allows a person to properly move their fingers, hand, arm, and shoulder. When these nerves are damaged, an individual typically experiences weakness and loss of mobility in all or some of these areas.

In most cases, babies suffer Erb’s Palsy during a difficult delivery, often when they get stuck in the birth canal and their heads are stretched too far to one side. In some cases, infants or toddlers regain full mobility through physical therapy. In other cases, however, they have a weak or paralyzed arm throughout their life. A common sign of Erb’s Palsy is an arm that is rotated in toward the body.

How Common Is Erb’s Palsy?

Erb’s Palsy is actually one of the most common types of birth injuries. It can be difficult for doctors and researchers to determine how often it occurs, as some children will sustain Erb’s Palsy and then recover on their own. However, estimates put the number of cases between 0.9 and 2.6 per 1,000 births. In between. 0.4 and 5 cases out of 10,000, Erb’s Palsy causes serious arm weakness.

Erb’s Palsy is entirely preventable, which is one of the reasons it’s so devastating when it occurs. Medical experts state that Erb’s Palsy almost always occurs during a difficult obstetrical event, including cases in which a baby is overly large or delivered breech, meaning a feet-first delivery.

Erb’s Palsy can also occur when a mother’s labor is prolonged and the baby is stuck in the birth canal for too long. In some cases, a baby’s oxygen level drops, and doctors rush to forcibly remove the baby from the birth canal, causing injury to the nerves in the neck. This can happen during a forceps delivery or when the doctor uses too much force to pull the baby out of the birth canal.

In many Erb’s Palsy birth injury cases, medical experts who review an infant’s case and birth state that a cesarean delivery would have prevented the birth injury.

What Are the Symptoms of Erb’s Palsy?

Erb’s Palsy can range from a mild case to a severe condition, depending on various factors during the birthing process. Each case is unique, which is why it’s important for parents to ensure their child is thoroughly evaluated as soon as possible.

In many cases, doctors diagnose Erb’s Palsy right away. In other cases, however, the condition isn’t discovered until the child gets older and begins independently moving their arms. It may be necessary for the infant to undergo diagnostic testing to confirm Erb’s Palsy. These tests can include MRIs, x-rays, and other types of imaging to determine the extent of injury to the nerves and muscles.

As the child gets older, medical providers may also want to study nerve function, which can be done through nerve conduction studies (NCS) and electromyogram (EMG).

How Is Erb’s Palsy Treated?

Medical experts note that nerves tend to heal very slowly, so it can take years for a child to fully recover function in their shoulder, arm, hand, and fingers. When doctors recommend nonsurgical treatment for Erb’s Palsy, they typically recommend that a child undergo physical therapy. In some cases, a child may need daily physical therapy to recover from the condition, particularly as they grow and start developing fine motor skills.

In other cases, a child may need to undergo surgery. Medical experts state that some doctors will recommend surgical intervention if a child’s condition has not improved after six months of physical therapy and other non-invasive treatments.

Surgical treatments can include the following:

One of the things that makes surgical treatments for Erb’s Palsy nerve racking for parents is that nerves typically heal quite slowly. Thus, it can take months or years for a doctor to know if the surgery was successful.

In the best case scenario, a baby with Erb’s Palsy will fully recover their mobility somewhere between six and 12 months following birth. However, this is not always the case. There are situations in which an infant’s condition never gets better or only marginally improves. If the nerves are severely traumatized during birth, scar tissue can develop, which can affect the complex network of nerves running from the neck through the arms to the fingers.

When nerves are severely stretched, damaged, and torn, the child may be permanently disabled. In the most severe cases of Erb’s Palsy, a child suffers permanent paralysis and impairment.

Are There Risk Factors for Erb’s Palsy?

While Erb’s Palsy can happen during any labor and delivery, there are certain conditions that put a baby at higher risk of suffering a birth injury like Erb’s Palsy.

Erb’s Palsy typically happens during birth, but it can also occur in childhood and even adulthood in some circumstances. In some cases, a child can suffer an Erb’s Palsy injury during an accident, playground injury, or some other type of trauma. In addition, contact sports such as football can sometimes lead to an Erb’s Palsy injury.

If your child suffered nerve damage in their shoulder, arm, hand, or finger, it could be an Erb’s Palsy injury. It’s important to seek medical treatment as soon as possible, and then discuss your case with a personal injury lawyer.

When a child is injured at birth, the damages involved can span a lifetime. In a medical malpractice case, you get just one opportunity to ensure you receive the compensation you need to cover your costs throughout your child’s life. This is why it’s so important to make sure you work with an experienced New York City birth injury and medical malpractice lawyer. Your child deserves full and fair compensation for their injury, and no parent or child should have to bear the burden of another’s negligence.