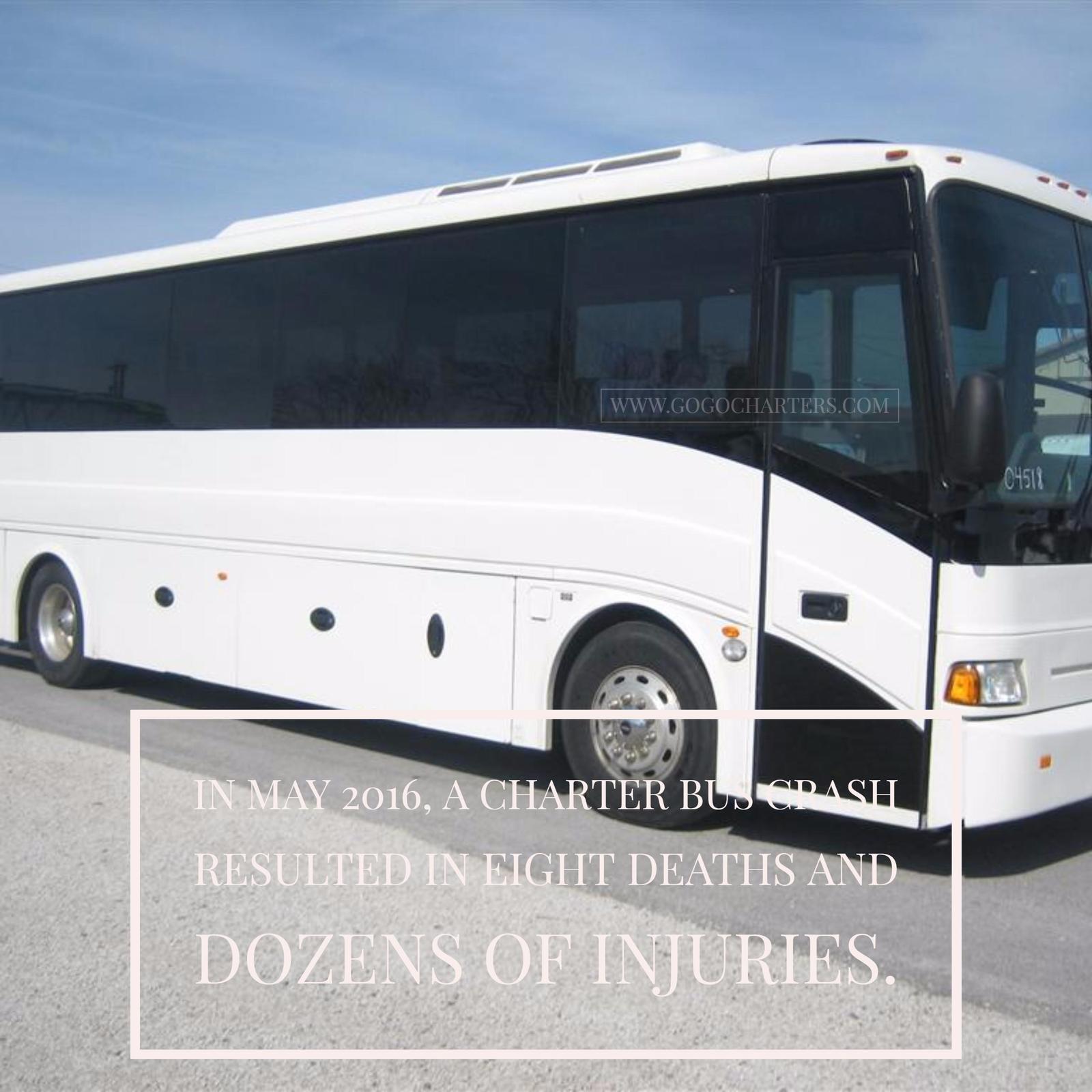 Whether you’re a frequent flyer or just an occasional air passenger, you are probably familiar with the safety announcements that take place prior to any flight. In most cases, flight attendants stand at various places in the cabin and give passengers a comprehensive safety briefing about what to do in a variety of emergency situations. This information may seem routine, but it can save your life in a crash.

But how often do charter buses instruct their passengers on safety procedures? Probably not too often, because there are no federal laws requiring them to do so. As reported by the Washington Post, motorcoaches – which are also called charter buses – are not as regulated as airplanes. Bus drivers are not required to give passengers safety briefings, nor do they have to instruct passengers on evacuation procedures. There are also no federal regulations requiring motorcoaches to have fireproofing or data recorders – two safety precautions found on all domestic aircraft and the majority of airplanes abroad.

Tragically, the push for these safety measures usually only comes after a disaster resulting in a major loss of life. In 2014, the National Transportation Safety Board (NTSB) urged the National Highway Traffic Safety Administration (NHTSA) to create stricter safety regulations for motor coach and charter bus companies.

The NTSB recommendations came amid the agency’s investigation of a horrific California bus crash that killed 10 people, including five high school students who were on a trip to visit colleges. The crash occurred when a FedEx tractor-trailer crossed the median and first struck a car, then the motorcoach head-on. Diesel fuel from the semi-truck poured into the bus cabin, igniting in a fiery blast that immediately engulfed the bus. The majority of the fatalities were caused by smoke inhalation.

Although the NHTSA has yet to take action to increase charter bus safety, California lawmakers have approved new rules for all charter bus companies operating in the state. According to the Los Angeles Times, the new rules require all motorcoaches manufactured after July 1, 2020, and equipped to carry 39 or more passengers to have emergency lighting installed. The rules also require mandatory passenger safety briefings prior to any trip.

The proposed legislation would have also required motorcoaches to have a second exit door, however, that portion of the proposed bill was dropped when representatives of the motorcoach industry claimed it would be too expensive to implement.

Sadly, the 2014 charter bus accident is by no means an isolated incident. In May 2016, a charter bus crash resulted in eight deaths and dozens of injuries. According to NBC News, the crash occurred late in the evening, during a period of rain. The bus driver lost control of the bus, causing it to roll over.

If you or a loved one has been injured in a charter bus accident, or you have lost a loved one in this type of accident, call New York bus and transportation accident lawyer Jonathan C. Reiter for a free case evaluation.