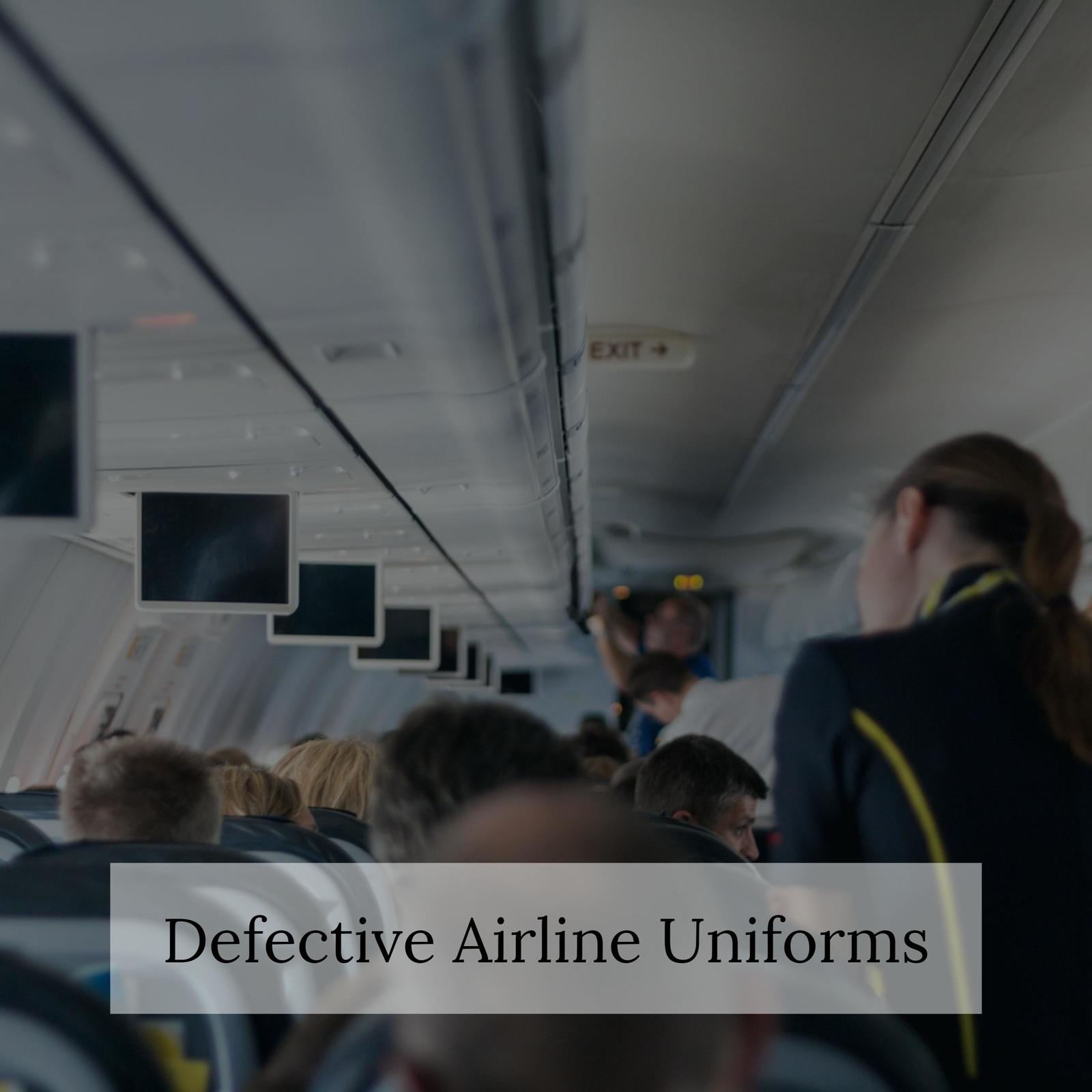 When it comes to airline safety, most people naturally think about pre-flight checks, pilot training, and technological advances. It’s probably safe to assume that few people think about the airline crew’s uniforms as a potential safety hazard.

Yet that is exactly what seems to be happening, as reported in a recent USA Today story. According to numerous American Airlines employees, the company’s new uniforms are making crew members sick—and not over the fashion choices.

American Airlines recently debuted an entirely new set of uniforms for over 70,000 employees. Apparently, workers’ response to the new look was mostly positive. However, complaints began to trickle in. Soon, workers began complaining of headaches, rashes, and hives. Others have reportedly suffered eye irritation and respiratory problems. Over 1,600 American Airlines employees have claimed the new uniforms are causing health problems.

The complaints have become so widespread that the collective bargaining unit for flight attendants sent a formal memo to its members saying it is asking American Airlines to recall the uniforms to determine what is causing the health issues.

Not the First Time for Defective Airline Uniforms

Interestingly, this is not the first time the vendor responsible for making the uniforms has come under fire for producing uniforms that caused health problems. CNN Money reports that the company, Twin Hill, supplied uniforms for Alaska Airlines in 2011, but the airline had to recall the uniforms after flight attendants complained of similar health issues.

Disperse Orange 37/76 is a dye and a known skin irritant that is banned in apparel clothing in the United States.

Currently, American Airlines says it is running more tests on the uniforms to determine what is causing the irritation and other ailments. In the meantime, many workers have been allowed to return to wearing their old uniforms.

New York City defective products lawyer Jonathan C. Reiter cautions, “Employees should report any health problems they believe to be caused by defective uniforms. Many of the chemicals and dyes used in apparel have been known to cause health problems. When you wear an item of clothing for hours each day, it can cause serious concerns. Employers who require their employees to wear a uniform at work have a responsibility to provide safe uniforms, and they need to address complaints when they arise.”