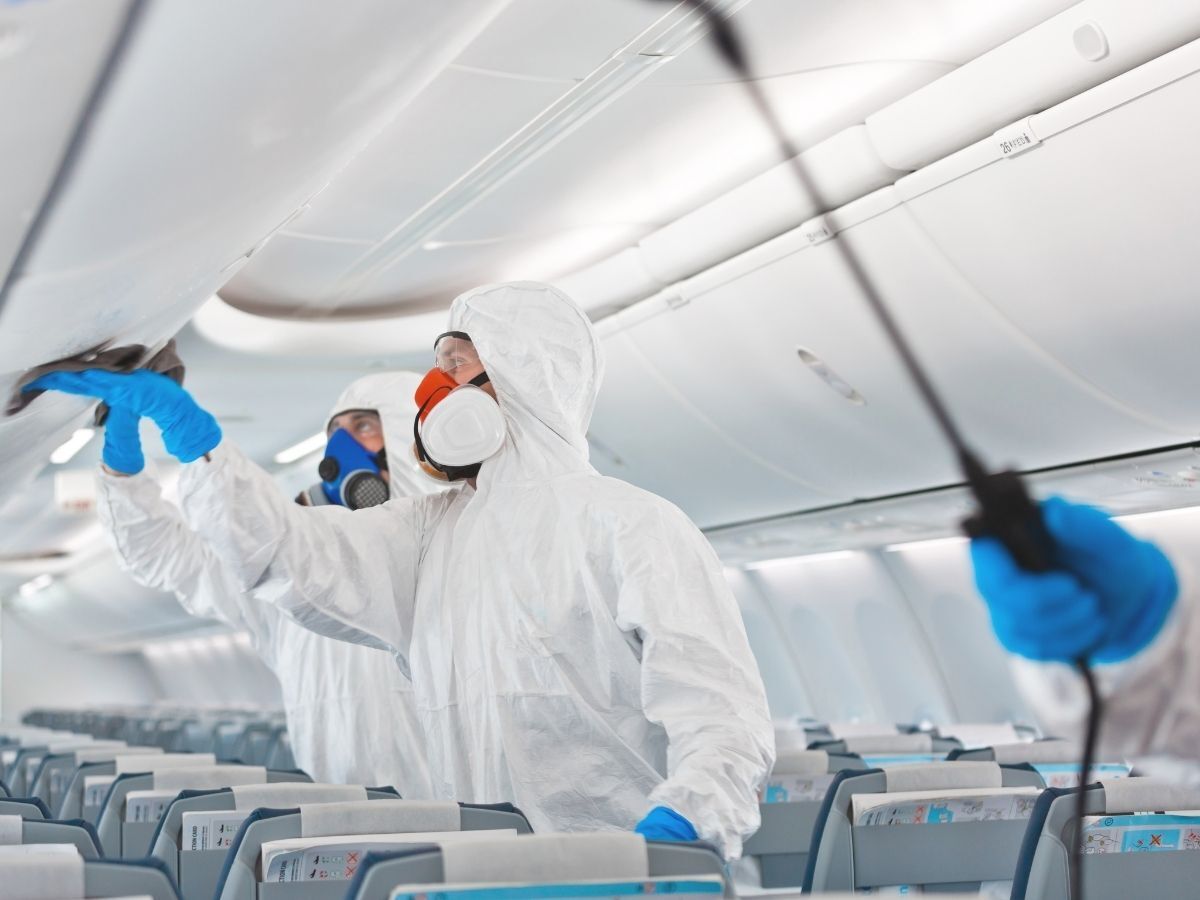 According to a New York Times report, airline pilots, flight attendants, and cabin cleaning crews say they’re not being equipped with the necessary equipment to make sure aircraft are safe.

The coronavirus pandemic has caused just about every industry to take a serious financial hit, and the airline industry is no exception. In an attempt to persuade customers to once again take to the skies, airlines are advertising enhanced cleaning procedures.

However, some of the workers tasked with cleaning the planes say they aren’t being given enough time or tools to get the job done safely and thoroughly. This begs the question if the airlines aren’t disinfecting and sanitizing their planes as promised, do the airlines have any liability if a passenger contracts the coronavirus?

According to a New York Times report, airline pilots, flight attendants, and cabin cleaning crews say they’re not being equipped with the necessary equipment to make sure aircraft are safe. Workers say they’ve been forced to reuse cleaning rags and that tray tables on seats haven’t been wiped down between flights.

Workers also report not being given enough time to clean and disinfect bathrooms in between flights. One worker said she had to bring in her own bleach products and that the brooms she and others used were worn out.

Some airlines say they’ve enhanced their cleaning protocols, with a few assuring customers that they use electrostatic sprayers to coat the aircraft’s cabin with disinfectant particles after each flight.

However, workers, as well as pilots, say these cleanings aren’t happening as often as the airlines claim. Other workers report that the cleanings are rushed.

In the case of airplanes, the Centers for Disease Control and Prevention (CDC) told the New York Times that the disinfection of high-touch surfaces like bathroom doorknobs is critical for keeping people safe.

Despite this guidance, pilots and others say their planes aren’t getting the thorough cleanings the airlines insist are happening. One pilot stated, “The only part of the passenger seats that was wiped down was the seat itself. Not the area that passengers touch constantly, such as seatbelts, window shades, armrest, etc. Also, the plane was supposedly wiped down in less than 10 minutes.”

Cleaning crews also agreed. According to one cleaner who works on an airline cleaning crew for a third party cleaning service, crews are supposed to get two cleaning rags per shift but sometimes end up running out.

Studies Show Planes Are Usually Dirtier Than You Think

Unfortunately, research shows that planes can be extremely dirty places. According to a study conducted in 2015 in which microbiologists sampled various areas of a typical airline, the filthiest part of an airplane is the tray table, which on average has more bacteria than even the bathroom.

The study results show that an airline tray table had 2,155 bacteria colony-forming units (CFU) per square inch compared to the airplane toilet’s flush button, which had just 265 CFU per square inch.

In the same study, researchers found 285 CFU on overhead air vents, which is the nozzle adjustment passengers use to control how much air blows on them while they’re seated.

Airline Liability for Coronavirus and Other Diseases

Modern commercial airplanes are equipped with HEPA filtration systems that clean cabin air, however, there have still been cases in which passengers have been exposed to illnesses through the air inside the cabin. In 2002, for example, 20 passengers on a flight became ill with severe acute respiratory syndrome (SARS) after sitting within seven rows of a passenger who had the illness.

There are several ways in which an airline could bear liability for a passenger getting sick from the coronavirus on a flight. One area involves airlines failing to pull a passenger from a flight when the airline suspects the passenger is sick.

The airline might also be liable if it takes no measures to determine if someone boarding the aircraft is carrying a communicable disease. An airline might also be found liable for injuries that result from its failure to warn passengers that they were potentially exposed to another passenger who was either ill with disease prior to boarding or was subsequently diagnosed shortly after the flight.

Finally, airlines might be held liable for inadequate cleaning procedures. As the coronavirus pandemic continues to unfold, the will undoubtedly keep evolving to keep pace with new developments.

If you became ill after a flight or you suspect your coronavirus diagnosis is linked to a flight, it’s important to discuss your case with an experienced New York City aviation accident lawyer. You may be entitled to compensation for your injuries, so don’t delay speaking to a lawyer about your case as soon as possible.