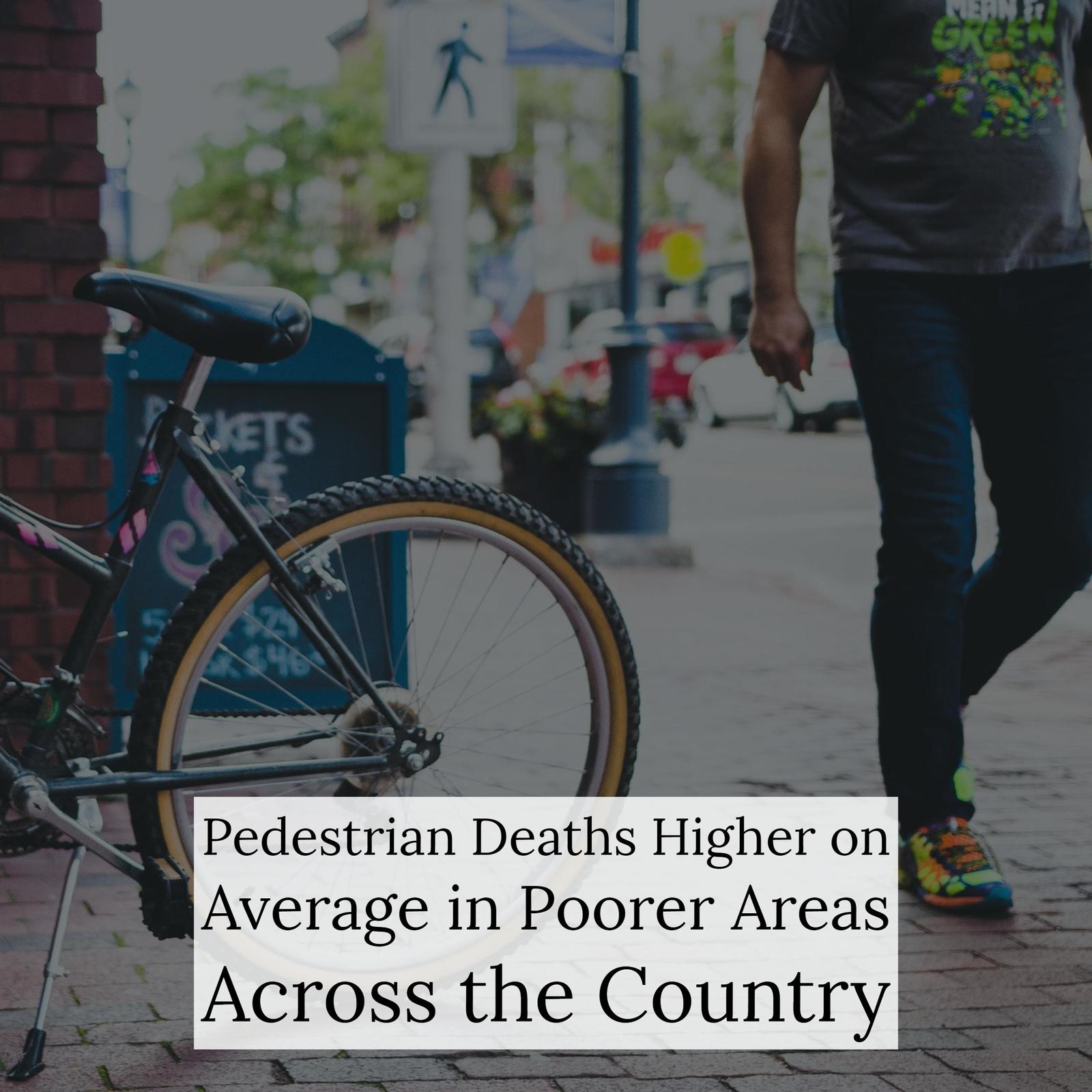 The NYC report studied pedestrian deaths occurring between 2012 and 2014

According to a newly released joint report from the New York City Department of Health and the Department of Transportation, individuals in poorer areas are more likely to be struck and killed by a motor vehicle.

In fact, the report found that pedestrian deaths are an astounding three times higher in economically challenged neighborhoods compared to more affluent areas of the city.

Pedestrian Deaths Higher on Average in Poorer Areas Across the Country

Furthermore, the report is consistent with data gathered in other major cities in the United States. Similar studies performed in other major U.S. cities have found that people who live in more economically depressed areas are more likely to be injured or killed as a pedestrian.

The NYC report studied pedestrian deaths occurring between 2012 and 2014. For every 100 miles of roadway, there were an average of nine pedestrian fatalities in poor neighborhoods and three in wealthier neighborhoods.

Safety experts point to a number of possible reasons for this disparity. Some believe that pedestrian deaths are higher in poorer neighborhoods because those neighborhoods lack the infrastructure to support pedestrian safety.

However, a separate study conducted by the nonprofit organization, Transportation Alternatives, found that pedestrian deaths tend to be higher around public housing, where there is “increased mid-block crossing behavior due to [the] superblock layout of developments.”

The executive director of that organization says that the roads around public housing developments are inherently dangerous due to flawed design, stating, “Low-income New Yorkers are more likely to live on streets that are wide and fast and dangerous.”

New York City pedestrian accident lawyer Jonathan C. Reiter states, “Socioeconomic status should not determine a person’s right to be safe while walking or riding a bike on New York City’s streets. Pedestrian deaths have risen in recent years. Hopefully, reports like the one conducted by the Departments of Health and Transportation will help authorities and city planners identify areas in need of more infrastructure to support pedestrian safety.”

If you or a loved one has been injured as a pedestrian or bicyclist in New York City, don’t wait to speak to an attorney. Protect your rights and your right to receive full and fair compensation for your injuries by getting in touch with an attorney right away. Talk to a New York City pedestrian accident lawyer as soon as possible to discuss your case.