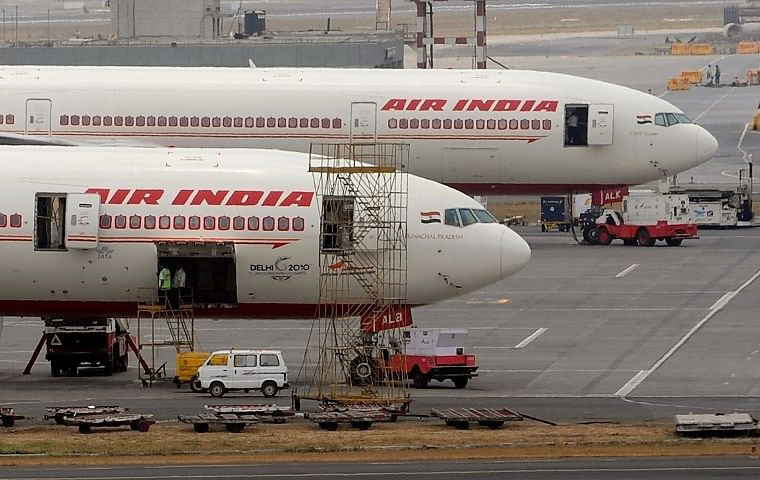 Airline Worker Dies After Being Sucked Into Plane Engine

New York based aviation accident attorney reports on the recent death of an Air India worker who was killed after being sucked into a jet engine.

Recent reports say an Air India technician was killed after being sucked into a plane engine. The incident occurred after the co-pilot of the jet started the engine after mistaking a signal from ground staff.

“Mumbai (AFP) - A technician working for Air India has died after being sucked into a jet engine as the plane pushed back for take-off at Mumbai airport, the airline and reports said.

The freak accident happened on Wednesday evening when the co-pilot of flight AI 619 to Hyderabad in India's south mistook a signal from ground staff and started the engine.

It sucked in Ravi Subramanian, who was standing close by, the Press Trust of India reported, quoting anonymous sources at Air India, the Asian giant's national carrier.”

Shortly after the incident, the airline posted on social media that a technician had “died in a mishap during pushback of flight AI 619” but did not provide specific details about what happened.

Airline Worker Injuries in the U.S.

Numerous airline worker injuries and deaths have made headlines this year. In one incident that occurred in March, an American Airlines technician died after falling from a jetway.

“DFW AIRPORT — An American Airlines employee suffered fatal injuries during a fall from a jetway Monday morning at Dallas/Fort Worth International Airport.

According to airline spokesman Matt Miller, the employee fell from the movable bridge that provides a covered walkway for passengers between an aircraft and the terminal at about 10:30 a.m.”

The fatal aviation accident was still under investigation at the time of the report.

According to New York based aviation lawyer Jonathan C. Reiter of the Jonathan C. Reiter Law Firm, PLLC, airlines often attempt to keep injurious accidents involving their workers out of the spotlight to protect their reputation and financial interests. Says the attorney “airlines may be subject to fines and penalties if it is discovered that their negligence contributed to the injuries or deaths of workers as well as passengers.”

Investigations into some headline making past incidents that caused airline worker injuries have found that they could have been prevented if better safety protocol was in place by airlines or contracted service companies. One example is a probe last year following the death of a worker at Los Angeles International Airport, which led to a fine being leveled against an aviation services company the airline contracted with. The company was fined for five safety violations after the worker killed was thrown from a baggage tug that was lacking a functional seatbelt.

New York attorney Jonathan C. Reiter says of these types of issues “airlines have a duty to adhere to strict safety standards and must be held accountable if they fail to abide by the rules.”

Air India is a state-run carrier that has reportedly been impacted by multiple technical glitches and other incidents in the past few years for which it remains under scrutiny. The airline also made headlines earlier this year after two pilots got into a fight before takeoff, which resulted in their being grounded after a flight.