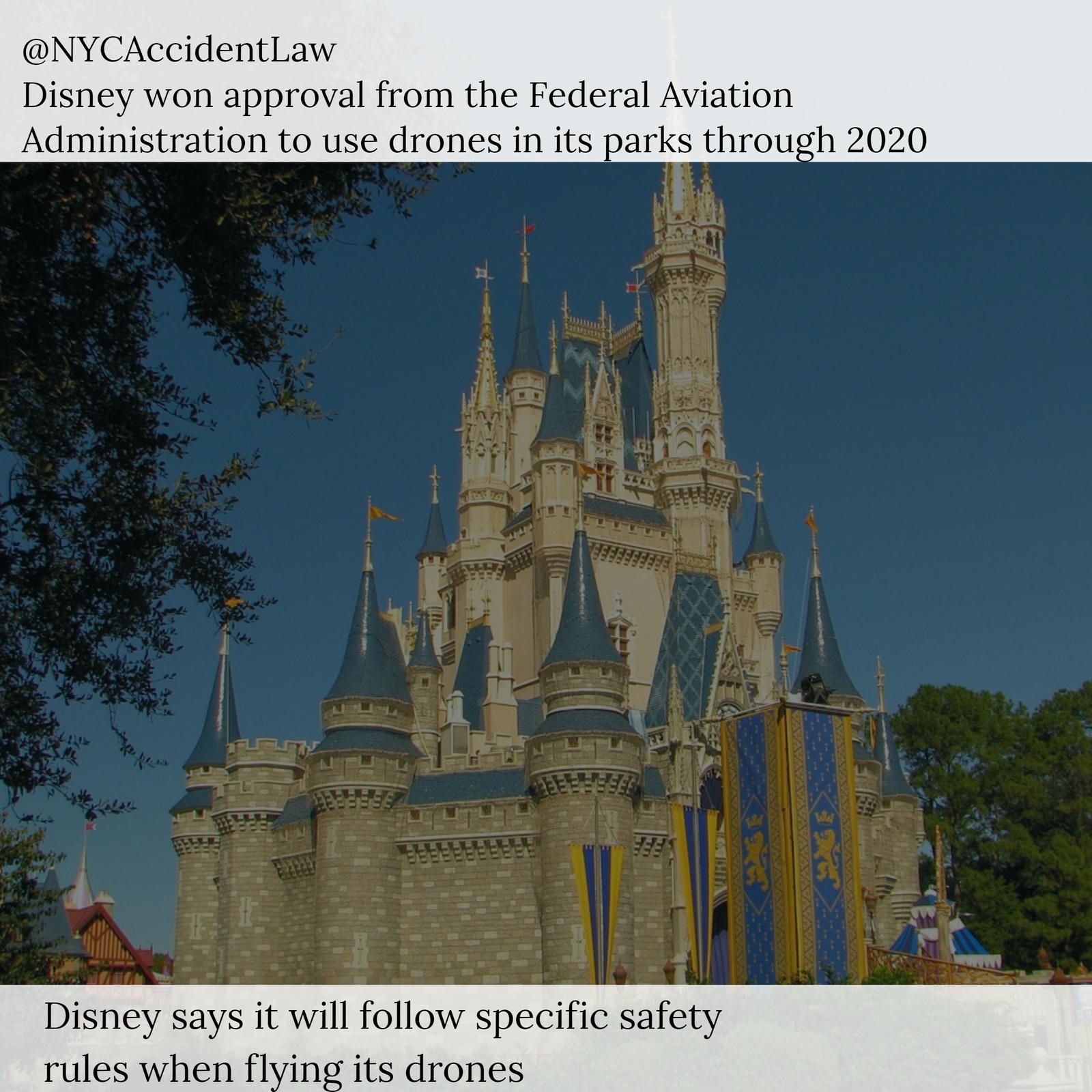 The FAA granted permission for the drones through 2020, however, the agency reserves the right to revoke permission at any time during this four-year period.

If you plan on visiting Disney World or any other Disney-owned resort or theme park soon, look up—you’re likely to see a drone whizzing above.

In November 2016, Disney won approval from the Federal Aviation Administration (FAA) to use drones in its parks through 2020. The FAA also gave Disney permission to fly drones in its parks at night, stating that Disney “established adequate mitigations for risks.”

Disney says it will follow specific safety rules when flying its drones. The theme park giant says it will keep drones at least 100 feet away from park visitors at all times and will largely restrict flight paths to areas over water and above restricted zones where people generally don’t venture. The drones will also fly no higher than 150 feet, which keeps them out of the path of manned aircraft.

The FAA granted permission for the drones through 2020, however, the agency reserves the right to revoke permission at any time during this four-year period.

Disney is famous for many things, including its no-fly zone—something no other theme park or resort in the United States enjoys. According to one drone litigation lawyer, the FAA’s decision to grant Disney a no-fly zone was controversial due in part to its exclusivity. According to Disney, the no-fly zone is important for national security, as the company’s parks attract some of the largest crowds in the country.

However, critics of the no-fly zone say Disney’s push for a no-fly zone was motivated by its desire to stop aerial advertisers from flying over its parks. Unlike other companies and events who have been granted no-fly zones, Disney’s zone is active at all times, including when the park is closed. Now, Disney and only Disney will have permission to violate the no-fly zone within specific limits.

In addition to being allowed to fly at night, Disney’s drones will emit light as part of the parks’ entertainment shows. The drones must weigh less than 10 pounds and go no faster than seven miles per hour.

If you have been hurt on a flight or on the ground in an airline accident, you may be entitled to compensation for your medical bills, lost wages, and other losses. Aviation accidents are complicated cases that typically involve both state and federal law. It’s important to choose wisely when selecting a lawyer to represent your interests.

Call New York City airline accident lawyer, Jonathan C. Reiter, to get a free case evaluation today. You can reach us through our online contact form, or by calling 866-324-9211.