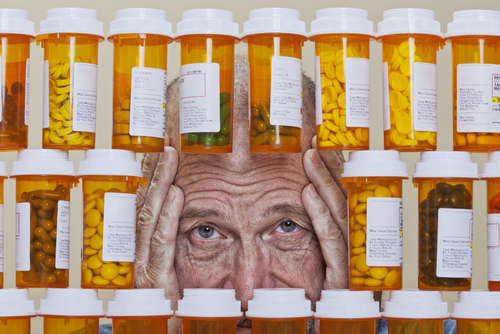 Your Doctor Is Overprescribing You!

Medical mistakes are the third leading cause of death in the United States. Although there are many different kinds of medical errors, the overprescribing of drugs is one way doctors can end up deviating from the appropriate standard of care.

According to one study, there are several reasons why doctors overprescribe drugs. Giving too much of a drug, or giving patients a medication they don’t really need, can lead to a cascade of health problems. In the case of overprescribing antibiotics, it can even lead to widespread antibiotic resistance, which can make it difficult to treat even a minor infection.

Patients deserve the accepted standard of care. When doctors fail to deliver the right kind of treatment, patients can be injured or possibly even die due to a preventable medical error. If you believe you have been the victim of a medical mistake by a healthcare professional, it’s important to speak with a New York Medications Error Attorney, like Attorney Jonathan C. Reiter, to protect your rights.

One study that looked at why doctors overprescribe drugs identified four areas that prompt these types of medical mistakes.

In some cases, doctors overprescribe medication because they simply lack knowledge about the correct or preferred treatment. According to the study, researchers found that the doctors they studied believed they were not influenced by pharmaceutical company advertisements. However, the research showed these doctors did receive much of their drug knowledge from pharmaceutical representatives.

Because some physicians may rely too heavily on materials and promotions offered by pharmaceutical companies, they may overlook alternative therapies and treatments. This can lead to overprescribing, which can have a negative impact on patients.

In the study, researchers identified a group of physicians with a high rate of overprescribing. In that group, researchers said that “competition to attract more patients for financial gain is more prominent.” Some of the comments from doctors indicated that if the doctor didn’t prescribe a medication, the patient would simply go to a different doctor who would give them the desired medication. Because they fear losing patients to the competition, these doctors were more likely to hand out drugs that might not be necessary.

Researchers also noted that a lack of suitable alternatives causes some over-prescription. If a small hospital or a doctor practicing in a rural area doesn’t have access to a different type of treatment, they might have to rely on a prescription medication rather than a less invasive form of care.

For example, a patient with pain might be better off in the long-term with physical therapy and a gradual progression of exercise. In the absence of a provider, however, the doctor might feel like he or she has no choice but to rely on painkillers or steroid injections to block pain. This treatment might alleviate the pain in the short-term, but it probably does little to address the patient’s condition over time. In the worst case scenario, the overprescribing of a painkiller can also lead to a serious addiction.

Additionally, some cases of overprescribing are the results of a lack of physician supervision by a regulatory body. If doctors aren’t accountable to a larger supervisory body or board, they might be more inclined to overprescribe.

In recent years, as the opioid crisis has grown, federal and state regulators have started encouraging and creating prescription drug monitoring programs, which aim to help cut down on overprescribing. According to the Drug Enforcement Administration (DEA), which is a federal agency, the Prescription Drug Monitoring Program is a statewide database that is controlled by the individual states that have adopted it. Currently, there is no federal oversight of these databases, per the DEA. According to the DEA, 37 states have created a prescription drug monitoring program.

Patients who believe they have been overprescribed a medication may not realize they have been the victim of a medical mistake. Many people take their doctor’s word for it that a prescription drug is necessary, and they don’t think twice about taking it.

However, prescription drugs can have serious side effects. Patients who have experienced a health problem after taking a prescription drug may be entitled to compensation if their doctor deviated from the appropriate standard of care.

If you believe you have been the victim of a medical mistake, it’s important to act quickly to protect your rights. Patients in New York should speak to a New York Medical Malpractice lawyer as soon as possible, as the window for filing a medical malpractice claim can be narrow. If you miss your opportunity to file a claim, you may be unable to obtain compensation for your injuries.