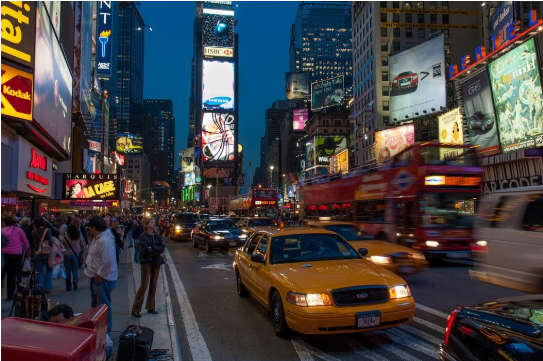 Manhattan, NY / July 25, 2019 / -- Coming soon to a street corner near you: a tenfold increase in traffic cameras in New York City. According to media reports, NYC officials say the city’s existing network of 2,000 traffic cameras has lowered the rate of pedestrian and motor vehicle accidents.

However, critics say any safety enhancements could come with a loss of privacy, with the most vocal opponents claiming additional cameras could turn the city into a Big Brother state.

Whether you’re for or against traffic cameras, there’s no getting around the dire statistics of car accidents. In 2014 alone, over 36,000 people were killed in motor vehicle crashes. In 2013, 2.3 million people were injured in car accidents.

As a result, some cities in the United States have implemented traffic camera programs. Over the past 10 years, around 440 cities, including 36 out of the 50 largest cities, have installed traffic and red light cameras.

A New York Times report states that NYC has the “largest urban network of automated speed cameras” in the country.

Those opposed to more cameras claim the expansion of the network will lead to “policing for profit,” as motorists who get caught on camera must pay fines. According to reports, the cameras trigger a $50 fine any time a vehicle exceeds 10 miles per hour over the speed limit.

Once the fine is triggered, an internal system issues a speeding citation, which is mailed to the offender’s home. In most parts of the city, the speed limit is 25 miles per hour.

According to a spokesperson for the National Motorists Association, a group that opposes the cameras, the additional cameras will turn the city into a speed trap. Other critics claim the cameras help the city generate revenue without doing much to reduce pedestrian and motor vehicle accidents.

In many parts of the country, the public pushback against speed cameras has been forceful — and, in many cases, effective for opponents of the cameras. In Texas, for example, state lawmakers banned traffic cameras altogether, with a few other states doing the same.

In other areas, however, traffic cameras are a growing presence. One report states that traffic camera programs have doubled since they were first introduced in the 1980s. Many large cities have installed elaborate camera networks, including Chicago, Denver, Seattle, Portland, and Washington, D.C.

According to the National Association of City Transportation Officials, traffic cameras do, in fact, reduce the number of accidents on the roads. A spokesperson for the association stated that the majority of motorists who are caught by speed cameras drive more slowly and don’t receive a second citation.

According to a study co-authored by researchers and economists at Arizona State University and Case Western Reserve University, traffic cameras don’t make the roads safer.

However, this didn’t necessarily increase safety — and it might have actually made the roads more dangerous. While the traffic cameras prompted more people to stop at red lights, they can also increase the number of rear-ending accidents.

When a camera is present, motorists who might have gone through a yellow light in the absence of a camera are more likely to slam on their breaks at a yellow light. If there is a vehicle behind them, this can cause the driver in the rear vehicle to slam on their brakes, which can lead to an accident. This situation can become even more dangerous and lead to more car accidents on wet roads.

The researchers behind the study also looked at what happened when a city removed its cameras, which occurred in Houston. In this case, turning off the traffic cameras reduced some types of accidents and increased others.

For example, accidents occurring at an angle increased by 26 percent after the city stopped its camera program. However, all other kinds of traffic accidents decreased by 18 percent following the removal of the cameras. As the authors state, “This suggests that the program’s drawbacks canceled out its benefits.”