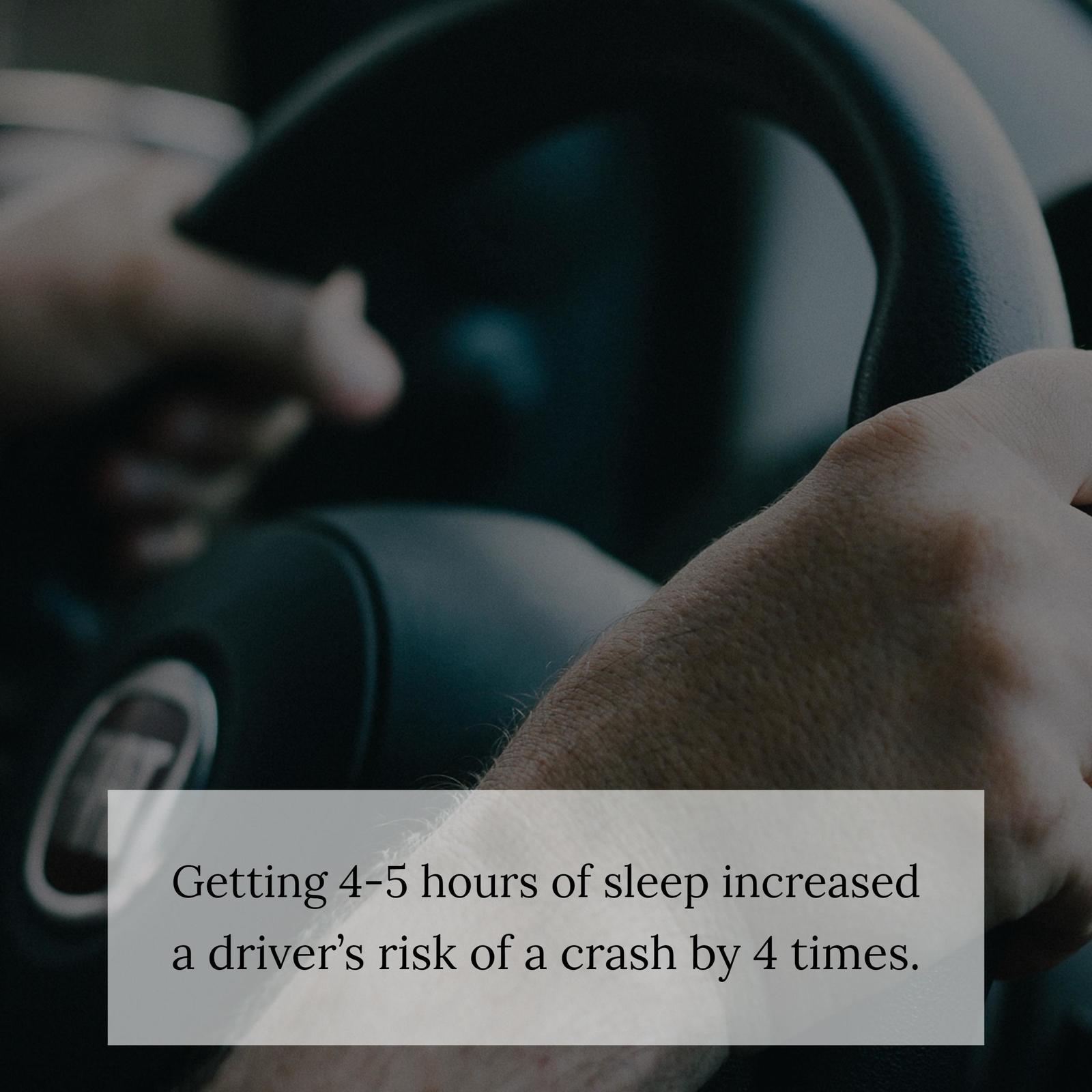 Drowsy driving is a serious problem that has been linked to numerous motor vehicle accidents.

If you’re like most people, you could probably use a little more sleep. What you may not realize is that going without the sleep you need can dramatically increase your risk of being involved in a serious auto accident.

According to a recent study released by the AAA Foundation for Traffic Safety, sleep deprivation is on the rise — and it’s a serious risk on the road.

Skimping on sleep doesn’t just make you irritable. When you don’t get enough rest, you can be just as dangerous as someone who is legally drunk. According to the AAA study, getting fewer than four hours of sleep in just one 24-hour period can cause impairment equivalent to be legally intoxicated.

Other startling data from the study:

The study also found that getting just one hour less sleep at night than you’re used to can result in a “significantly elevated” risk of a motor vehicle accident.

Adequate sleep is important for all motorists, but it’s especially critical for people who drive large trucks, as well as shift workers who drive at night, when it’s more difficult for the body to resist drowsiness.

Drowsy driving can also be caused by side effects of medication, as well as untreated sleep disorders like sleep apnea.

According to the Centers for Disease Control and Prevention (CDC), the warning signs of drowsy driving include:

Of course, the best way to prevent drowsy driving is by getting enough sleep at night. If you can’t get enough rest, the CDC says to pull over and rest until you feel alert enough to drive safely. If you have a well-rested passenger in the vehicle, you can also ask that person to take over driving duties until you have rested enough to be safe on the road.