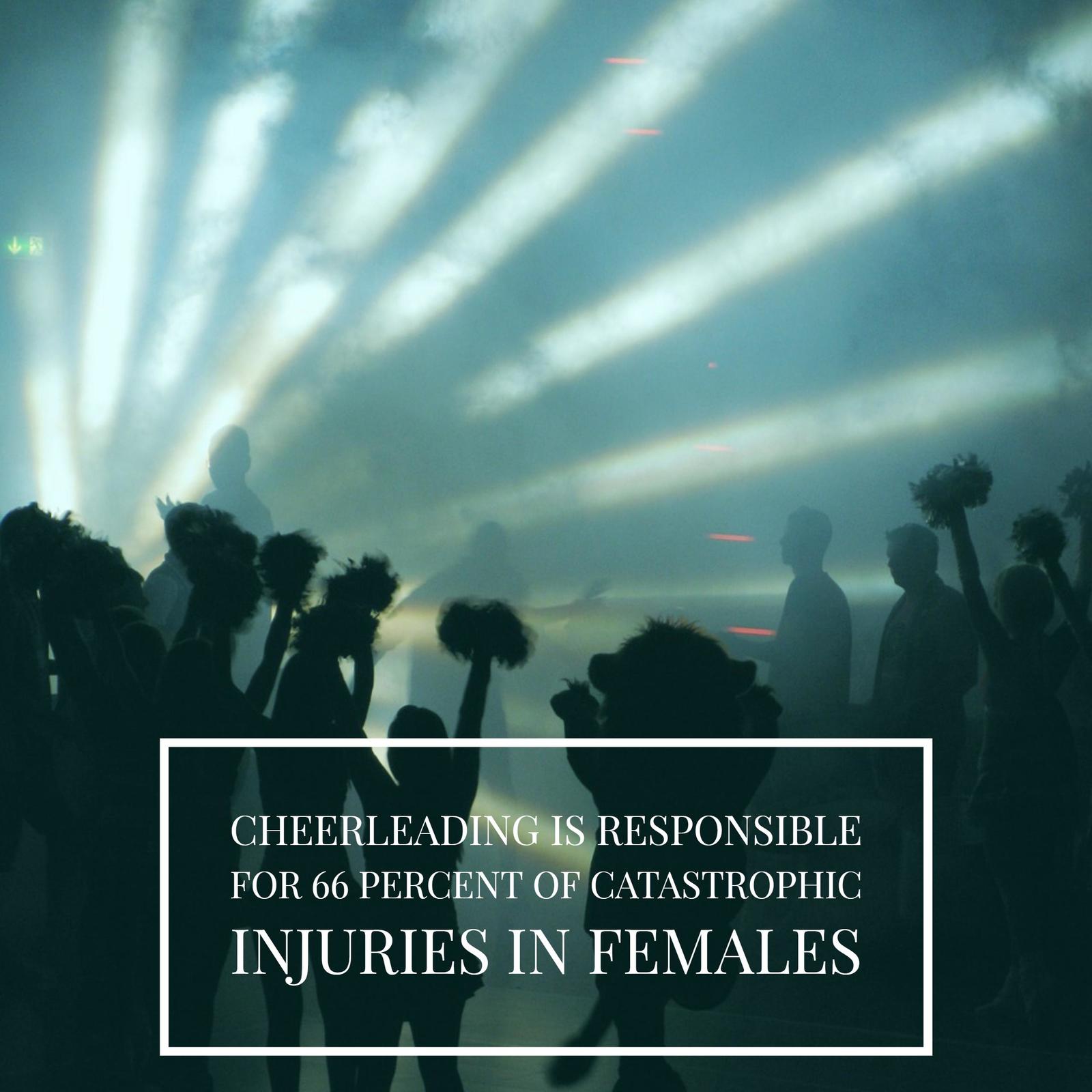 Leading Sports-related Concussion Risk Not What You Think

Football is often cited as one of the most dangerous sports high school and college athletes can play. Recent studies of repeat concussions in NFL players have shed new light on the serious risks associated with multiple head injuries. Although it’s true that football tops the list of the most dangerous sports, another leading sport in American high schools and colleges also has a high concussion rate—and one that is increasing. The sport? Cheerleading.

If you or your child has been injured while playing sports, speak to a New York City Sports Injuries Lawyer  as soon as possible.

Cheerleading Responsible for 66 Percent of Catastrophic Injuries in Females

Cheerleading has changed considerably in the past 20 years. Modern cheerleaders are often incredibly gifted athletes who perform height-defying stunts that send them flipping and tumbling through the air. Cheerleaders on the ground must have the strength and agility to catch these “flyers,” whose body weight plummets quickly to the ground. Even a slight miscalculation can cause serious injuries.

In fact, concussion is unquestionably the number one injury among cheerleaders, according to a study that looked at 25 years of data. The authors of that study ranked cheerleading second only to gymnastics when it comes to the risk of a catastrophic head injury. Among high school sports, cheerleading outpaced all other girls’ sports for concussion rates—accounting for 66 percent of all catastrophic injuries for female high school athletes over a 25-year period.

The threat of injury forced one competitive cheerleader to abandon the sport after doctors warned her that repeat concussions would lead to more serious problems down the road. After suffering five concussions while cheering, she says she experiences ongoing headaches and problems with memory. A 2012 report released by the American Association of Pediatrics states that the risk of “direct catastrophic injury” was “considerably higher” for cheerleaders.

Because some schools still classify cheerleading as a recreational activity rather than a sport, cheerleaders aren’t always treated like athletes. In many cases, they don’t receive adequate supervision, equipment, or training. Their parents may not be fully warned of the dangers involved in tumbling and acrobatic maneuvers.

If you or your child has been seriously injured while participating in sports, it’s important to contact an experienced catastrophic personal injury lawyer.

Call New York City catastrophic personal injury lawyer, Jonathan C. Reiter, to get a free case evaluation today. You can reach us through our online contact form, or by calling 866-324-9211.