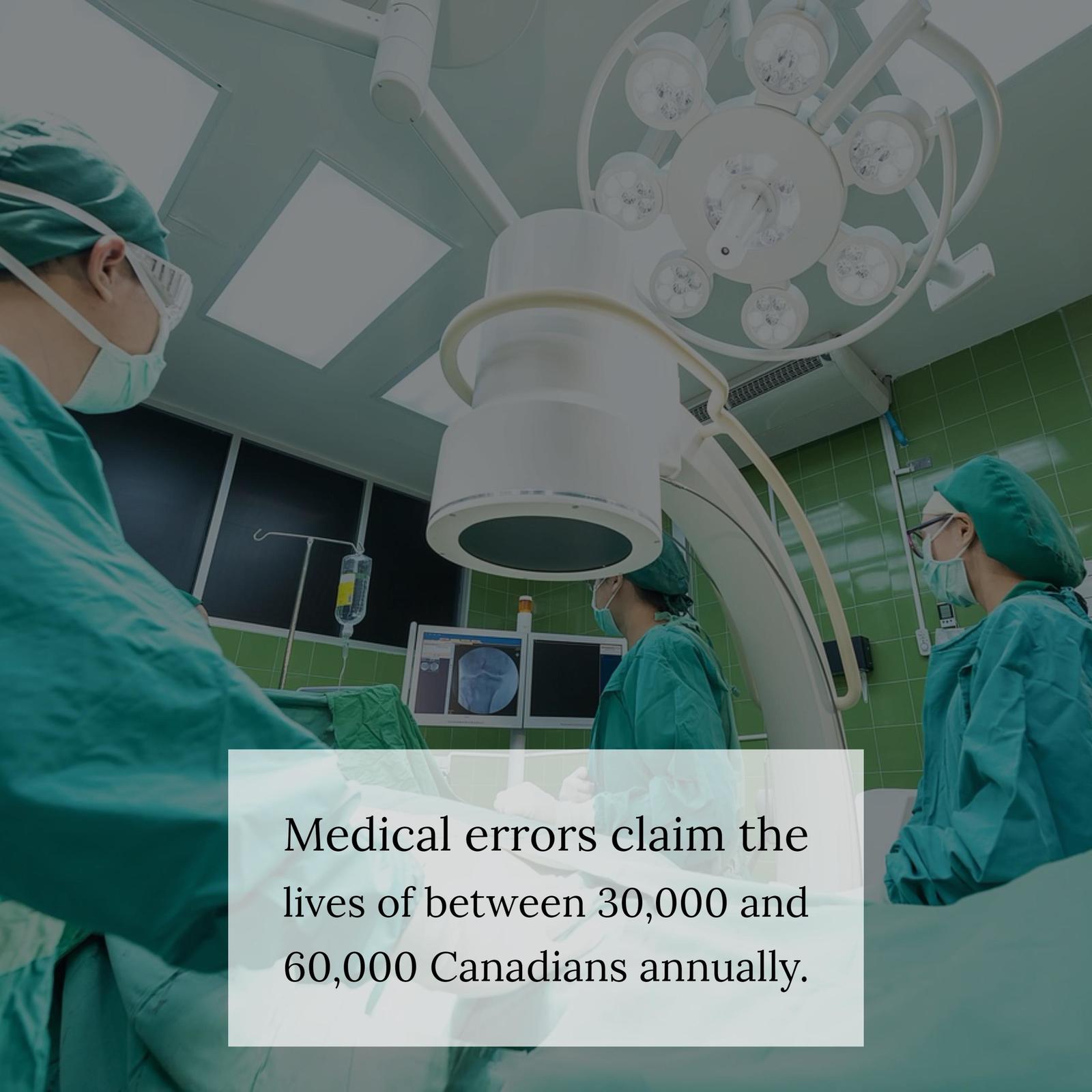 Medical malpractice is the third leading cause of death in the U.S. and kills more Americans each year than respiratory disease, strokes, or Alzheimer’s disease. However, it is also a top cause of death in Canada, where it has been described as a “silent killer.”

According to one report, medical errors claim the lives of between 30,000 and 60,000 Canadians annually. The problem has become so widespread that preventable medical errors are now the third leading cause of death north of the border. The U.S. and Canada share many social, economic, and historical ties, but a high rate of medical malpractice deaths is something neither nation wants to share.

As in the U.S., many medical malpractice cases in Canada are covered up and concealed by hospital administrators and health care workers, leaving families to wonder why a loved one died in their care.

In a recent case, a dentist-turned-foot doctor in Ottawa, Ontario was deemed “incompetent” by a medical review board. The doctor, who was granted a restricted license for two years to practice “chiropody” — a limited form of podiatry — was investigated after he surgically inserted experimental medical implants into the feet of several patients. One patient, who suffered from flat feet, still experiences pain and severe swelling in her foot more than a year after undergoing the procedure to place the implants.

Unfortunately, the medical review took “nearly three times longer than usual” according to a CBC report. Typically, medical reviews conducted by the authority in charge of handling the complaints against the doctor take 150 days. However, in this case, the review board needed five extensions of time to complete its investigation and charge the doctor.

Ultimately, the review board stated that the doctor used “unapproved implants” without telling his patients or obtaining their consent. He is also accused of failing to keep accurate records and performing work outside the scope of his knowledge or the limitations of his practice.

Even more troubling, the foot doctor was allowed to obtain a license to practice chiropody even after being stripped of his dentist’s license in Quebec in 2005 after a patient died while under his care.

The CBC report goes on to state that the implants the doctor was using were made “in a machine shop,” and had been designed by the doctor himself, and were not approved for use in patients. Many of the patients who received the implants — some as young as eight years old — now have trouble walking and must have the implants removed.

New York City medical malpractice lawyer Jonathan C. Reiter states, “This case is troubling because the doctor was allowed to obtain a license to practice in another area of medicine, even after being declared ‘incompetent’ and losing his dental license after a patient death. A Canadian investigation revealed that he was charging patients thousands of dollars for implants that weren’t approved by Health Canada, the regulatory body in Canada that oversees health care.”