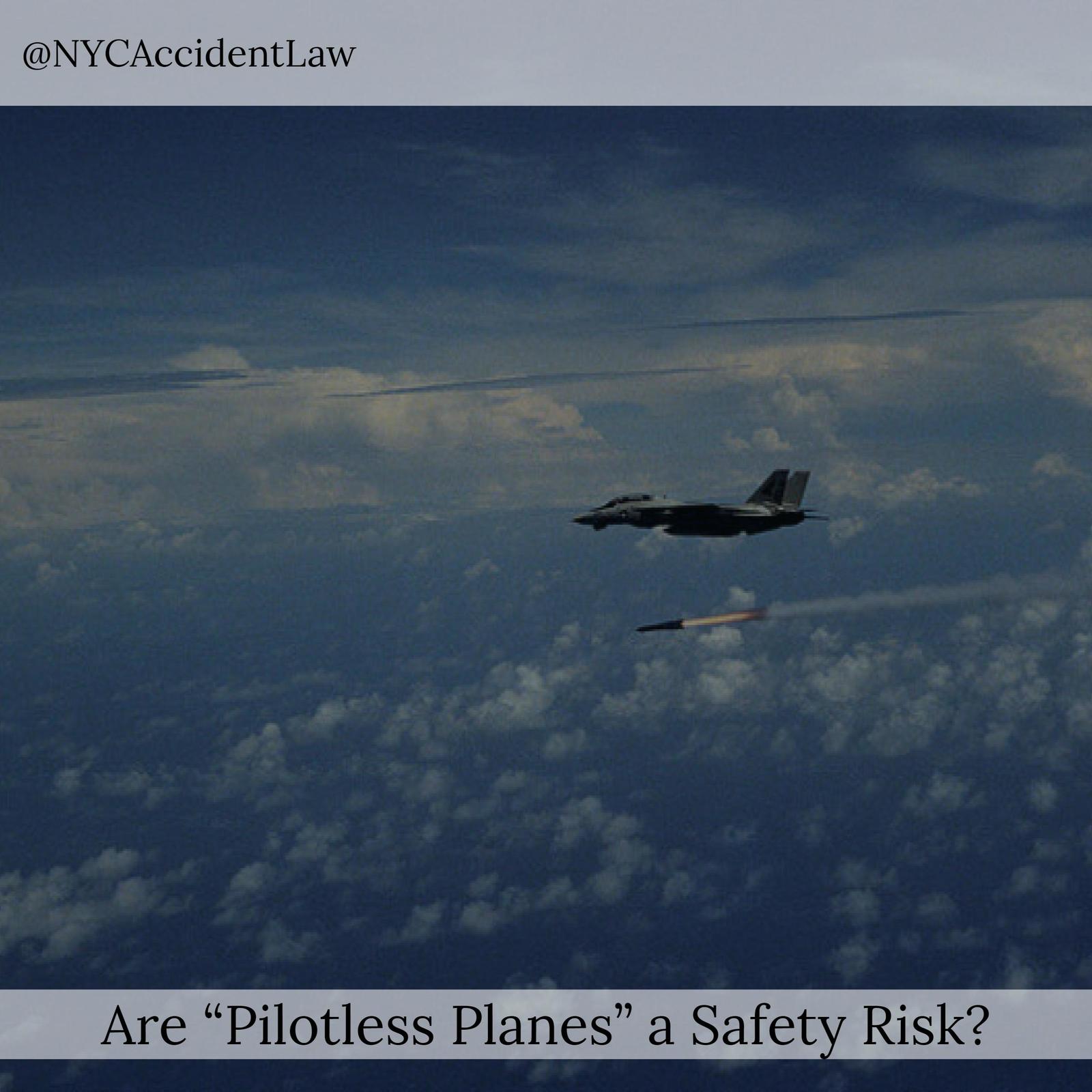 Are “Pilotless Planes” A Safety Risk?

Over the past few years, “driverless” cars have captured people’s imaginations. The idea of an autonomous vehicle that effortlessly — and safely — gets you wherever you need to go without the need to lift a finger appeals to a lot of people who spend their days fighting traffic and dodging distracted or dangerous drivers. Several automakers and even tech companies have developed autonomous vehicles that are currently being tested on American roads.

But what about pilotless airplanes? It may sound like science fiction, but aviation experts say commercial airlines are taking the idea seriously. The only problem? Passengers may not be on board.

According to a recent survey conducted by UBS Evidence Lab, just 17 percent of respondents said they would fly on a pilotless plane. The survey polled 8,000 consumers, and over half said they wouldn’t fly on an autonomous plane even if the ticket was cheaper.

However, major airplane manufacturers like Boeing are already making plans to test pilotless technology. Boeing executives say the building blocks of the technology are already in place on unmanned drones that fly complicated missions for the military. They claim that autonomous planes could lower ticket prices and address the pilot shortage that has plagued the aviation industry.

But other aviation industry leaders aren’t so sure that pilotless air travel is the way of the future. Automation already exists in the cockpit, according to flight safety specialists for the British Airline Pilots Association, but human pilots must still intervene on a regular basis.

Aviation experts also say that computer hacking could be an area of concern. They point to cases that have already occurred in high-tech vehicles equipped with self-driving technology. In 2015, for example, hackers in a controlled experiment broke into a Jeep over the internet, demonstrating that they could disable the brakes, shut down the engine, make the electronics malfunction, and even drive the vehicle off the road — all from behind a computer screen. Obviously, a commercial jetliner filled with 200 or more passengers and tons of jet fuel could cause a catastrophic accident if a hacker was able to break into the on board computers.

Contact a NYC Airline Accident Lawyer About Your Case

Airline accidents can range from catastrophic crashes to personal injuries caused by turbulence and airline worker negligence. If you or a loved one has been hurt in a crash or an incident caused by an airline’s negligence, you have important rights. Protect your right to receive compensation by speaking to an experienced New York City airline accident lawyer today.